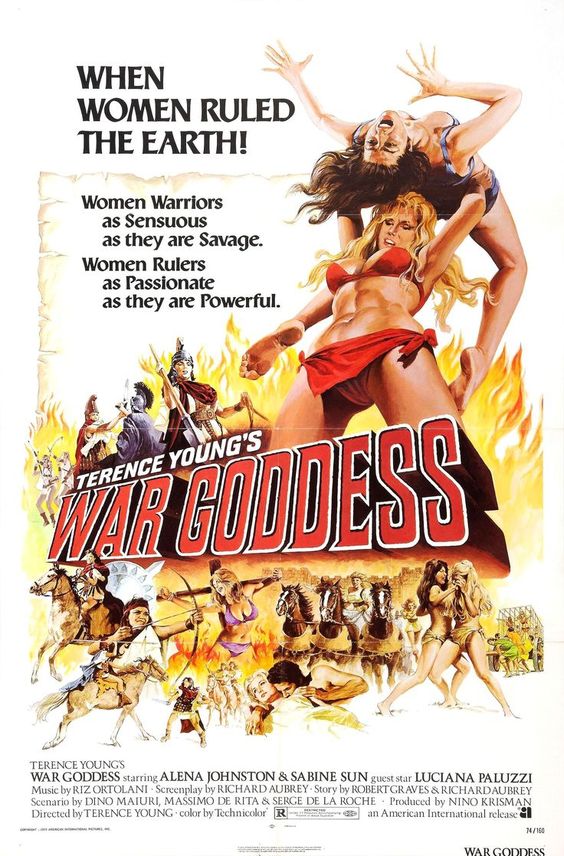 If you want to see some naked women, riding horses, throwing spears, female warriors fighting each other or with men, or Angelo Infanti eating an apple in almost any scene, this is the film for you. A pile of barren beauty contest and they gave for making this film. There is even a pathetic ballet scene that takes place in a cave. The whole movie is boring. Except maybe the fighting scene between Antiope(Alena Johnston, a beautiful blonde) and Orytheia(a not so beautiful Sabine Sun but, she was the wife of the director, Terence Young). Luciana Paluzzi, the beautiful Fiona from Thunderball(directed by the same Terence Young), has a small role as Phaedra . Riz Ortolani’s music (which is very talented) is not great in this one.