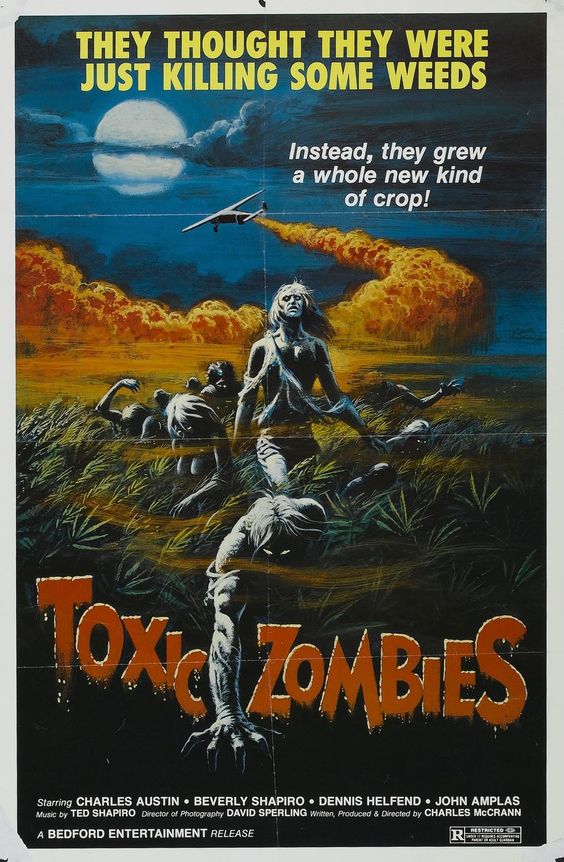 The DEA spray a bunch of marijuana growing hippies with an experimental crop killing spray and they turn into bloodthirsty zombies who roam the countryside chewing people up.Charles McCrann’s “Bloodeaters” is a low budget zombie film which was amazingly banned as video nasty in the UK.Of course there is some gore,but nothing really shocking or disturbing.The acting is pretty bad,but it’s nice to see John Amplas in a small role as one of the hippies.Check it out,especially if you like zombie films.