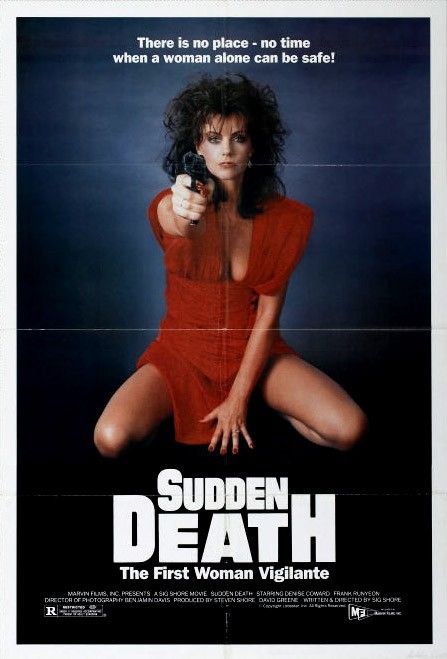 A tale from the vile city about rape & revenge. The gorgeous Denise Coward gets brutally raped by two crazed criminals in a stolen taxi. She barely survives. With the police investigation slacking, she decides to go after the criminals herself in true Charles Bronson style. Instead of finding them, she encounters several more sleazeballs that try to rape her. So she blows all of their guts out in slow-motion with dumdum bullets. Then goes home each time, satisfied and relaxing with a mixed Martini on the rocks. Halfway the movie something strange happens with the plot. She shows remorse, throws away her gun, thereby ending her killing spree. But the plot picks up with a police officer, her love-interest (yes, sex scene!), being on the trail of the two initial rapists. Beautiful Denise decides to tag along and brings with her… a shotgun. All this on the tunes of a groovy ’80s electronic soundtrack, as if Herbie Hancock was goofing around with a cheap Casio keyboard.