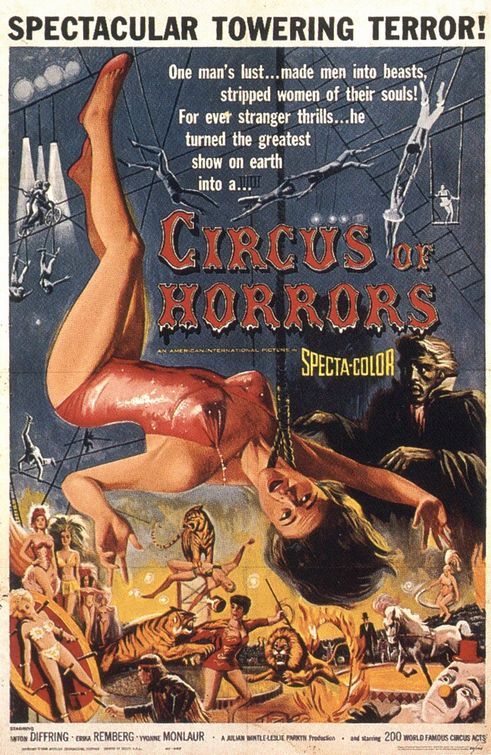 One of the best horror films of the 1960s is this entry with its interesting mix of suspense, sex and mysterious deaths that has the benefit of real circus settings and fine work by Anton Diffring as the outlaw plastic surgeon. Diffring is the erudite but flawed medical genius whose past is littered with botched operations but continues his work behind the prop of a circus staffed with female performers whose faces he has restored in exchange for fealty and silence. Diffring gives the film its pulse as the resourceful and controlling renegade who keeps his flawed females on a very short leash. The film moves along at a good pace with no filler or wasted scenes. Donald Pleasance, erstwhile owner of the circus, is among the good supporting cast that includes the buxom ladies who are at great risk under Diffring’s watchful, evil eye.