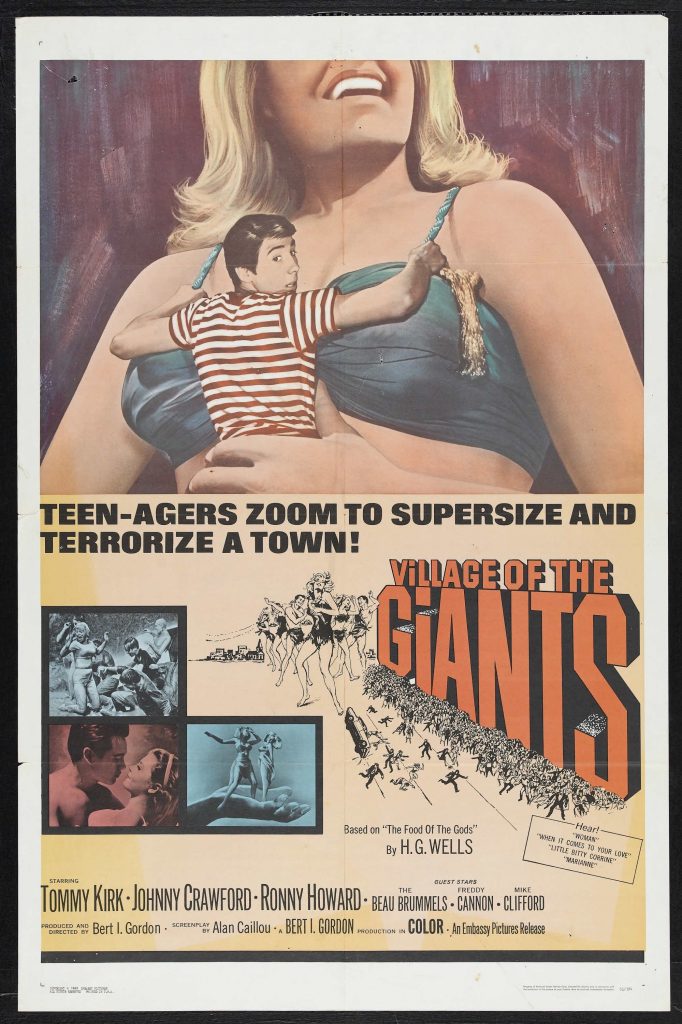 Before this film, we had other “giant movies”, such as The Incredible Shrinking Man, but a recent YouTube viewing of Village Of The Giants has made me wonder if “Village” is the best of the lot. It has a sense of B-Grade fun that is hard to capture on film…without looking too stupid that is. The dance scene alone, with the little boy grabbing the giant girl, makes the film a winner. And note the music for the dance scene.

Story elements, character names (Genius) and Ron Howard were all shifted into a Land Of The Giants (1968,ABC) episode called…Genius At Work.