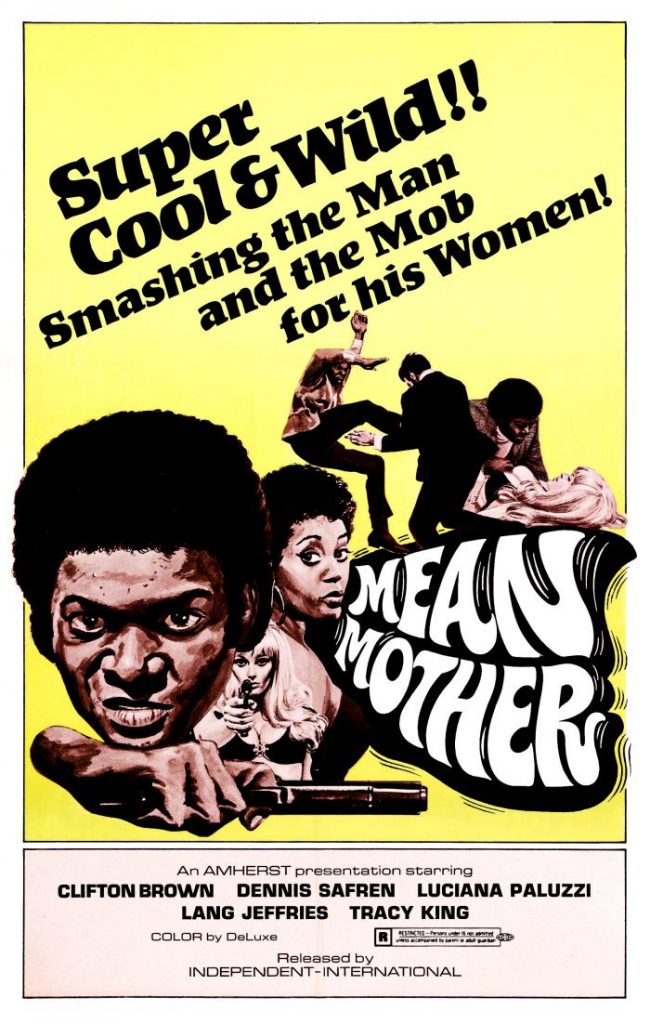 “Mean Mother” is very different from those other exploitation films of the 70’s. This one takes place in Europe.

Some of the situations are believable and the action scenes are fair. The dialogue has its moments (bad and good). The film even has a love story. Some of the indoor scenes are shot in vivid colors by Deluxe (not that washed out natural color of today’s films). It seems that the film was shot on location (you do see the Coliseum in one scene).

Some scenes are funny: bikini-clad woman with blonde wig having car trouble on a remote hillside road who speaks like Marilyn Monroe; love-making on a grassy-leafy patio by a pool.

Normally this type of film deals with somebody plotting revenge for some type of drug-deal gone wrong, but not this film. It’s of the same genre, but different. Give it a try, you may like it. And that 70’s touch helps a lot.