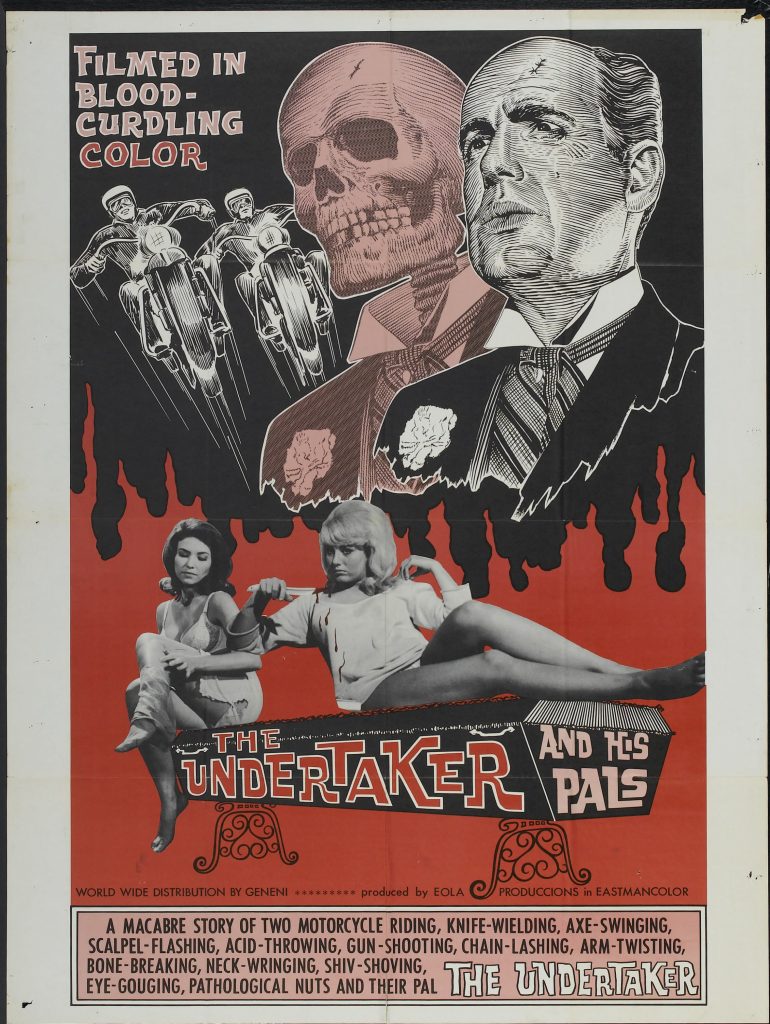 Wow! Miracles like this film never cease to amaze me that they were ever produced. A trio of motorcyclist killers break into various apartments of beautiful, scantily clad females for the express purpose of butchering them with their knives, amputating legs, beating them to death with chains, and so forth. The film has its tongue firmly planted in cheek and never for one moment takes itself the least bit seriously. This film is more of a comedy(or what is suppose to pass for one) than a horror picture, however, due to the grisly deaths and gory glory splattered about the screen definitely has horror elements in the Herschell Gordon Lewis tradition. The film is an oddity and I can say I have never seen anything quite like it. Despite all the bad acting, complete lack of plot, incredibly bad puns and gags, the violence for the sake of violence attitude, and the general cheesiness of the film, the picture is somewhat entertaining. I admit this with guilt as the entire premise of the film is, using understatement, vulgar. Some of the jokes work while most fail. The use of people’s last names for the entrees served in the diner were inventive such as leg of lamb and breast of chicken. The changing picture of the boyfriend sailor in the introductory segment made me laugh as did the pacing of the silent movie music when the undertaker chases Thursday(yes a character named after a day who replaces her missing twin sister Friday). Don’t look for any kind of sense, however, for it will be a search in vain. The best part of this whole film for me is the movie’s tagline, which has to be one of the best ever!