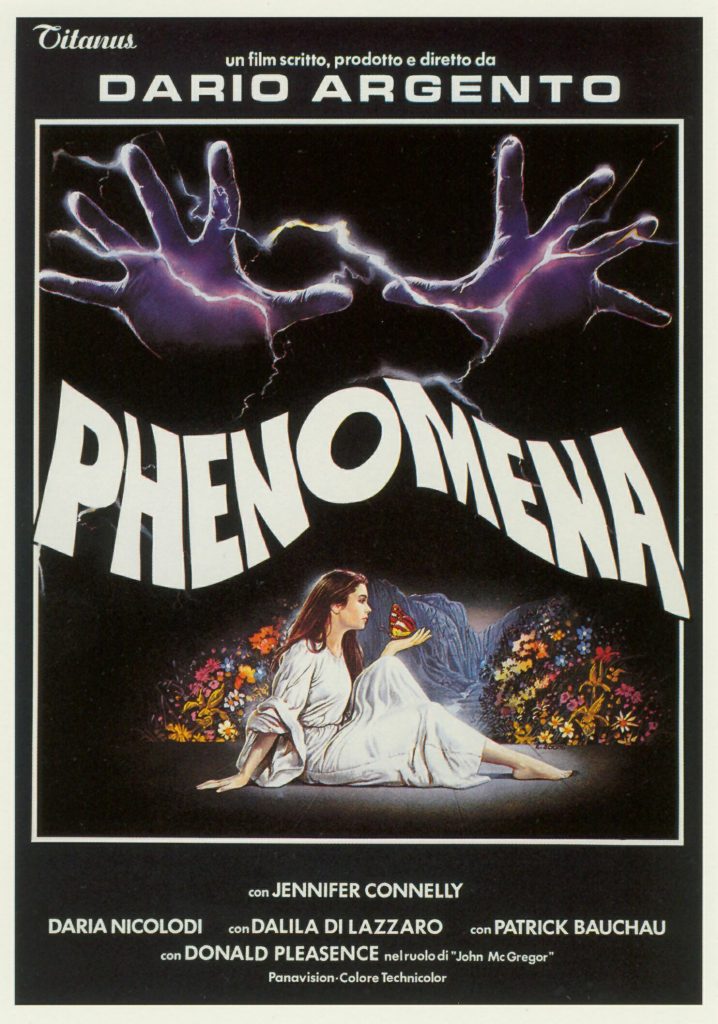 In Switzerland, the teenager Jennifer Corvino (Jennifer Connelly), daughter of a famous actor, arrives in an expensive board school and shares her room with the French schoolmate Sophie (Federica Mastroianni). Jennifer is a sleepwalker, is capable of telepathically communicate with insects and has adaptation problem in the new school. While sleepwalking, she meets and becomes friend of a Scottish entomologist, Prof. John McGregor (Donald Pleasence), and his chimpanzee Tonga. Jennifer decides to help the investigation of Dr. McGregor about a serial killer that is killing young girls in that area.

It may sound ridiculous, but “Phenomena” has never been released on video in Brazil; only two days ago, “Phenomena” was released on DVD in Brazil and now I am glad to have this movie in my collection. The weird story of Dario Argento, one of my favorite directors, is a total cult, showing bizarre characters and situations, maggots, flies, deformed people, serial killer and lots of bodies and body parts. A fifteen years old Jennifer Connelly in her third work, extremely beautiful, shines in the very original role of a sleepwalker that is very connected to insects and develop the skill of communicate with them. Daria Nicolodi, the mother of Asia Argento and former mate of Dario Argento, has a minor, but very important role. And the versatile Donald Pleasence, in the role of a paraplegic researcher, is efficient as usual. The music score, with Goblin, Iron Maiden and Motorhead, is another great attraction of this movie.