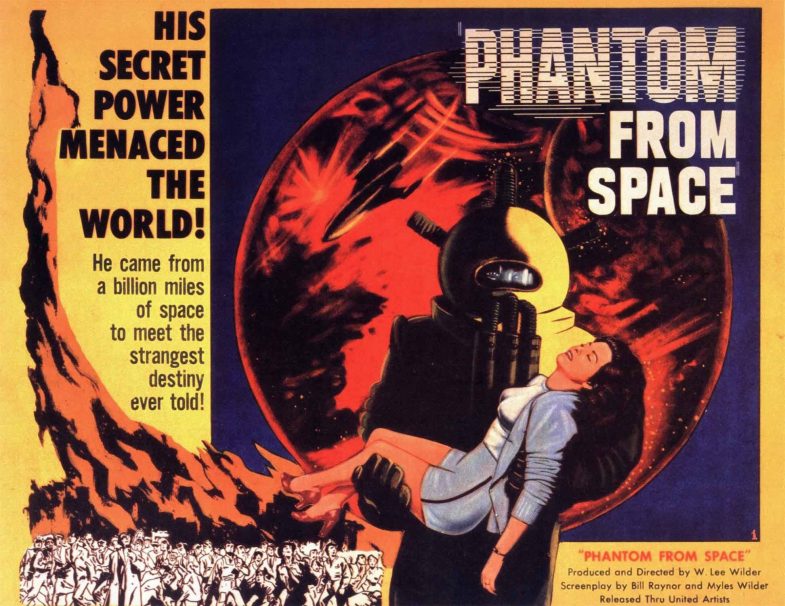 As low-budget 1950’s sci-fi stuff goes, this movie turns out to be relatively entertaining, certainly better than a lot of similar type movies from the era. The movie is set on a single night, and follows various government officials (police, military and communications) in the search for an alien being who’s crash landed on earth, and who’s killed a couple of people. The problem in finding him is that he’s invisible, except when under ultra-violet lights. The effects are really what makes this seem very low-budget. They’re pretty typical for the era, which means not very good. The movie also gets off to a bit of a slow start, as all we get to do for a while is watch “Mobile 1” and “Mobile 7” keep reporting into “Central” as they try to pinpoint the location of a mysterious signal of some type that’s blocking communications. The first 10-15 minutes contain a lot of “Roger, Wilco, Out” kind of stuff. However, the actual story isn’t bad and has a bit of mild suspense about it, particularly because we’re not really sure about the motive of the alien. Did he deliberately kill the two people, or was it an accident or possibly self-defence? Ultimately, I thought this was a decent enough movie to spend a bit of time with.