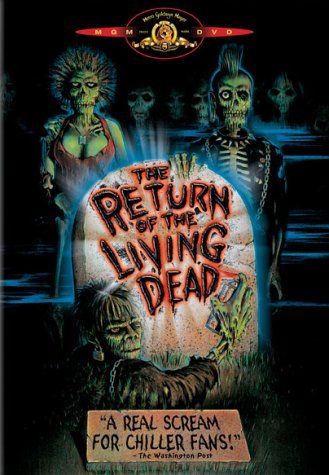 A real classic of the zombie business. Directed by Dan O’Bannon who got writer credits for such classics as Alien, Aliens, Dark Star, Lifeforce and Screamers (he is still in business). The Return of the Living Dead is one of the earliest movie (if not the first) I remember who glued zombie-horror and a decent level of gore together with a fine shot of comedy elements.

A must-see if you like zombies + comedy. Alone the scenes with the goth-punks having a party on the graveyard till the dead rise is iconic stuff. But unlike some of the recently produced zombie-comedies this one got still a good level of horror and gore and its main focus is not on comedy only.