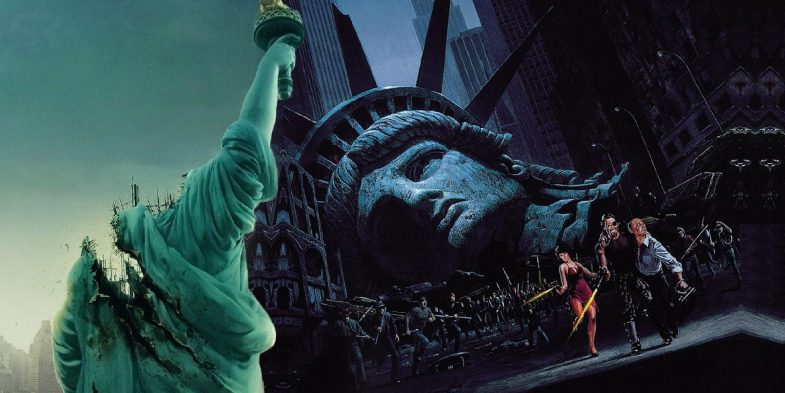 A community is a group of people who share something in common. You can define a community by the shared attributes of the people in it and/or by the strength of the connections among them. You need a bunch of people who are alike in some way, who feel some sense of belonging or interpersonal connection. A community begins its mission when its members decide to start collaborating towards a common purpose. The real challenge is to then create the means for engaging the members in a way that brings new possibilities into being. The purpose must have a sense of urgency, which in turn makes people more likely to step up. The topic or challenge needs to be meaningful enough to lend itself to a real commitment, and has to have a bias to the future – a better world to create together, for instance.

In the idea of community lies the key to revitalizing movie going. The idea of community is crucial to the understanding and development of human society. Disney announced that for the balance of 2021, its movies shall open exclusively in theaters. Hollywood is beginning to realize that a movie release without attachment to the community of moviegoers, is a much lesser product and has less value. If a movie does not have attachment to that vital community, it will wither in the dump bin that is streaming.

I would like to share an example on the depth and the profundity of that word, community.

On September 11th 2001 I was running one of the world’s first interactive streaming television outlets. At 8:46 I was almost at my office when the music I was listening in my car was interrupted. A plane crashed had into the North face of the North tower of the World Trade Center. When I arrived I ran into our building and immediately made my way to the television control room. I started watching the various channels now broadcasting the events in New York. At 9:03 Flight 175 crashed into the South face of the South tower, obliterating the space between the 77th and 85th floors. This was not a small plane, this was obviously some kind of purposeful attack. The control room had 125 television monitors and on every screen was being broadcast that hellish moment. I was consumed by sheer horror. I had no idea how to react, I stood frozen unable to process what was happening.

One of my employees exploded with anger, others were just stunned. I had been to the World Trade Center 6 weeks prior to the attack. I kept watching the screens. At 9:59 AM the South Tower begins to collapse, one of the first casualties of the collapse was New York City Fire Chaplain Father Mychal Judge, a Roman Catholic priest. Father Judge was killed by falling debris and an ensuing heart attacck as he was attending to the firemen on call. There is a haunting image of Father Judge’s body being carried out on a chair by fire fighters and others. The men went to a nearby Catholic church and laid Father Judge’s body in front of the altar covered with a sheet. This image still haunts me.

The morning dragged on; the scope of the horror widened. Bodies plunged to their death, making the horrible choice of death by impact rather than death by fire. In total three towers collapsed. Plumes of smoke and dust rose into the previously blue Manhattan sky. A shroud of milky gray covered the southern portion of that amazing island.

Almost immediately the compassion and empathy rose in the hearts of residents of the five boroughs and New Jersey. Intertwined with an abject terror of what happened rose that brilliant beacon of community. Boats made their way across the East River and the Hudson. All kinds of boats; tugboats, pleasure yachts, ferries…all the acts of personal initiative and as well moved by a deep sense of need to help. In total 500,000 people were transported by the armada which historically dwarfed the effort made during World War Ⅱ at Dunkirk. The boats kept coming back time and time again, after everyone was transported, they started bringing supplies gathered by the people of New Jersey, Queens, Brooklyn, Staten Island, and the Bronx. Their effort was sacramental and more than noble.

Restaurants in New York not affected cooked and brought meals to the injured and the first responders. It soon became clear that the Fire Department, The Port Authority Workers and the Police all suffered terrible losses. The business of searching for survivors began and the process of burying the dead followed.

Help initially came, not from the hands of the government but from people. Common everyday people. People who had the ability to work selflessly towards a common goal. The connectivity with the community is the baseline for any successful human based venture. For a brief time the horror of 9/11 gave rise to an intense human beauty.

Broadway and Movie theaters shut down for two days and then reopened two days later on the 13th of September. The battered people of New York needed to be entertained, just for an hour or two not to be reminded of the horror that had descended on their city.

Nineteen terrorists from al-Qaeda hijacked four commercial airplanes, deliberately crashing two of the planes into the upper floors of the North and South Towers of the World Trade Center complex and a third plane into the Pentagon in Arlington, Virginia. After learning about the other attacks, passengers on the fourth hijacked plane, Flight 93, fought back, and the plane crashed into an empty field in western Pennsylvania about 20 minutes by air from Washington, D.C. The attacks killed 2,977 people from 93 nations: 2,753 people were killed in New York; 184 people were killed at the Pentagon; and 40 people were killed on Flight 93. The attackers were made up of 19 members of al-Qaeda, fifteen of them were citizens of Saudi Arabia, two were from the United Arab Emirates, one was from Lebanon, and one from Egypt.

In many ways 9/11 was a real example of what can be counted on and what should not be counted on. When Hurricane Katrina hit I saw people in my town filling up semi-trailers with supplies for New Orleans, one week before the government got its act together. The bottom line is that consistently you can count on the community around you and other than that it is hit and miss. One of the deep lessons of 9/11 is that the government’s prior efforts probably exacerbated the terrorist attack. Government officials quickly insisted on the limelight, making themselves appear heroic. In thinking of what happened on that dark September day you soon realize that the heroes are the ones that fought the fires, drove boats, comforted the wounded, and put the needs of their community in front of their own. There was a phoenix that rose from the flames that day, it was the rebirth of something we really know instinctively as the bonding together of our human family to meet a common peril. Many of the players that insisted on the limelight have fallen into disrepute, but the elegance and love exhibited that day endures as a singular truth.

Government waved, patted themselves on the back, and then advanced a political agenda and started ill thought out wars. When the towers fell, a lot of effort was made to have the Bin Laden family quickly exit the United States. While 34 planes of air travelers were stranded in Gander, Newfoundland, the US government facilitated flights for various Saudi nationals. Later and despicably, James Baker, former secretary of State, and with the aid of his law firm, Baker Botts worked diligently to prevent the families involved in the suit against Saudi Arabia from finding out about Saudi funding of Al Qaeda and worked legal machinations to prevent a lawsuit by the families advancing. At the end of the day it should be realized that the government is not America, not even remotely. The government is influence peddling, aggregation of fleeting power and pretense.

I visited the rubble that used to be the Word Trade Center six weeks after 9/11. By that time most of the debris had been removed, and crews were working hard erasing the last vestiges of the attack. The area still smelled of smoke and the walls were adorned with pictures of people whose loved ones still hoped that somehow they would miraculously survive that horrible day. It was a wide gamut of people, young/old and all races. This was a senseless and sick action, executed by senseless and sick people.

At the site I saw a single bicycle locked to a sign pole, it had obviously been the property of a courier who ran into the World Trade Center not to ever come out. It was caked with dust and faint pieces of debris. On top of the grime, the bicycle was adorned with flowers and it stood resolutely as a testament to a life that was. The bicycle had the air of a shrine, probably lovingly tended by a community that loved this bicycle courier.

After all, the greatest special effects of the movies are the people who watch them.

0 203
Rush To Judgement: The Dismantling Of The Paramount Decree