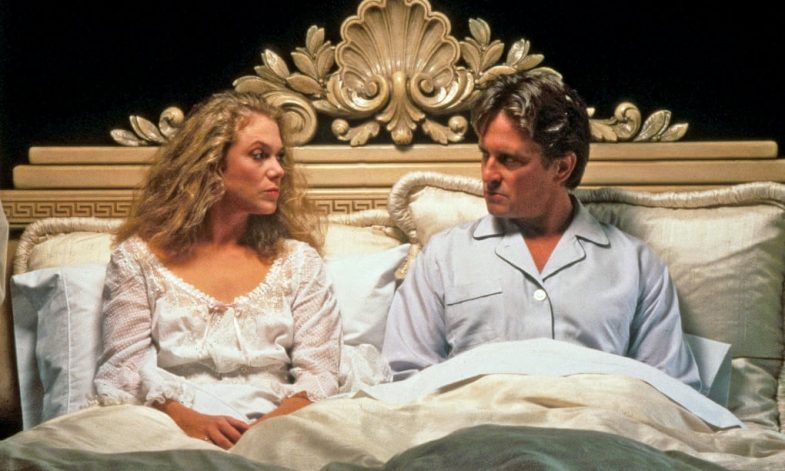 I do not know if I am the only one, but the world is changing fast. I see all the prognosticators exclaim that movie going is back to where it was in 2019. To be frank I kind of don’t get it. Things have changed because of COVID, because of streaming, and because of a strong perception that Hollywood is offering a mediocre product. I see new mask ordinances and I see theater owners getting increasingly nervous. I knew of two pretty substantial players who have decided to forgo Cinemacon because of discomfort over the severity of the precautions implemented and the rising of the Delta variant.

I have received emails telling me that I should stop being so negative. To be honest I am not trying to be negative, but what I am doing is to provide an impetus to engage in discussion about how this business can endure. I love moviegoing, it has been a real gift in my life. I know there are people like myself and Buck Kolkmeyer who would throw a projector into the back of our cars and show movies from town to town.

To cut to the chase, I cannot in good faith see how long term Hollywood works with the business of exhibition. Unless there is a herculean shift in the internal workings of Hollywood it is going to be more than tough to see how the theater benefits. I remember at one time , I did a showing of “A Christmas Story”. The showing was accompanied by a dinner prepared by a local restaurant. On the night of the showing I received a call from someone at Warner Brothers telling me I owed them 35% of my box office, fine I agreed to that. Then the less than affable voice on the other end of the phone told me I owed Warners 35% of the $35 smacker we were charging for the meal. So they expected to hand over $12.25 from every email that we should. I told them no. The woman started yelling and I told her to explain what she did to earn 35% of the price of the meal she contributed zero to. She could not answer. I told her she was not owed these funds and it was not getting paid. She then told me she would let me slide this time. I said thanks and wished her a Merry Christmas, hung up the phone convinced that the studios were shakedown artists.

There is a false understanding that you need Hollywood. Now let me make it perfectly clear, you do not need Hollywood, Hollywood needs you. Due to the media behemoths congenital short sightedness they will soon need you and need you badly. When I started in this business Hollywood productions would make up a significant amount of the foreign box office. In 2009 Studio picture represented 80% of the British box office, in 2016 that number had dropped to 50%. In a non-English speaking market like China national governments are incentivizing theaters to favor local movies. In Norway, a country where most speak both Norwegian and some English, local productions represented 25% of the box office and other regional Scandinavian countries supplied a further 26%. While Hollywood has traditional supplied the top 20 movies internationally, increasingly locally produced movies are rising to eat away at that dominance.

In the history of American movies, there have been many regional centers of movie production which have competed with the Hollywood machine. While Hollywood in 1912 was entrenched in Hollywood, other movie production centers started to rise. In 1929, Sydney M. Goldin and partner Max Cohen completed East Side Sadie, which had a few scenes with synchronized dialog in Yiddish with a budget of $3,000. This 36-minute musical loosely inspired by the 1929 Hebron massacre was the first real Yiddish talkie. Goldin then went on to establish the all-Yiddish studio Judea Film and was keen on reaching the large Yiddish-speaking immigrant public. In total 20 feature length Yiddish movies were produced.

African American Author, Oscar Micheaux founded the Micheaux Film & Book Company in Chicago; its first project was the production of The Homesteader as a feature film. Micheaux had a major career as a film producer and director: He produced over 40 films, which drew audiences throughout the U.S. as well as internationally. Micheaux contacted wealthy academic connections from his earlier career as a porter, and sold stock for his company at $75 to $100 a share.

Charles B. Pierce of Arkansas directed thirteen films over the span of 26 years, but is best known for his cult hits The Legend of Boggy Creek (1973) and The Town That Dreaded Sundown (1976).

An Arkansas resident most of his life, Pierce made his directorial debut with Boggy Creek, a faux documentary-style film inspired by the legend of the Bigfoot-like Fouke Monster. The low-budget film grossed roughly $25 million, and Pierce followed that success with several inexpensive, regional films set in the southern United States, including The Town That Dreaded Sundown, based on the true story of the Phantom Killer murders in Texarkana.

Pierce continued directing films into the 1980s including the story for the Clint Eastwood film Sudden Impact. For that screenplay, he is said to have written the phrase, “Go ahead, make my day,” which became one of the most famous movie quotes in history.

On November 10, 1973, former tool salesman Earl Owensby began production on his first feature film, the revenge actioner Challenge. Directed by Martin Beck, the film starred Owensby as Frank Challenge, a candidate for the U.S. Senate who takes the law into his own hands after the murder of his family. It was distributed in 1974 by Cinemation Industries to a reported 134 international markets. In 1975, E.O. followed up Challenge with a sequel entitled The Brass Ring, with Owensby returning as the vengeful hero Frank Challenge.

There have been since the inception of Hollywood fringe players who defined a market by utilizing the cast offs from the Hollywood movie machine. Companies like Lippert Production, American International, Avco Embassy, New World Pictures and in present day companies like Mar-Vista and The Asylum.

There is an association for producers called the Independent Film and Television Alliance. Every year they collectively are responsible for the production of over 2000 feature length movies. Very few are projected on a theatrical screen and increasingly are finding their living being eroded by the machinations and monopolization of streaming. There is a natural alliance between theaters and this organization, but unfortunately none of the existing advocating bodies seem to have the imagination to advance alternative strategies forward.

One day a mid level streaming company will say, wait a minute if I can build an alliance with theaters and commit to a 90 day window, maybe just maybe I can use the power of a theatrical release to promote my streaming service. Maybe a streaming company can see the plain common sense of advocating with the IFTA, independent theaters and itself to restore the natural ecosystem of the motion picture.