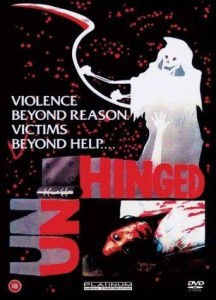 “Barfly” Celebrate the birthday of author Charles Bukowski with a screening of this Barbet Schroeder film and a selection of readings from the late poet and novelist’s works. (Hollywood Theatre, Saturday only)

“Drugstore Cowboy” Gus Van Sant’s 1989 breakout film, set in a Portland that seems only to exist in memory and being shown on a rooftop not far from where it was filmed. (Northwest Film Center, Thursday only)

“Factory of One” Premiere of locally-made documentary about one man’s elaborate plans for attending Burning Man. (Hollywood Theatre, Saturday only)

“Falling Overnight” Drama about love between a young cancer patient and a photographer. (Hollywood Theatre, Wednesday only)

“The Jazz Singer” Not the Al Jolson talkie but the Neil Diamond thingy (Mission Theater, Wednesday only)

“The Karate Kid” The 1984 original, with the Oscar-nominated performance by Pat Morita. Accept no substitutes. (Laurelhurst)

“Mourning” Iranian drama about parents trying to discuss their child’s future without his knowing about it. (Northwest Film Center, Tuesday only)

“Pegasus” Drama from Morocco about a psychiatrist whose work with a complex case causes him to unravel a bit himself. (Northwest Film Center, Wednesday only)

“The Prize” A woman and her daughter flee the tyranny of the Argentine dictatorship. (Northwest Film Center, Sunday only)

“Voice Without a Shadow” A 1958 crime drama by B-movie master Suzuki Seijun, based on a novel by Seicho Matsumoto and concerning a newspaperman investigating a string of murders. (Northwest Film Center, Sunday only)