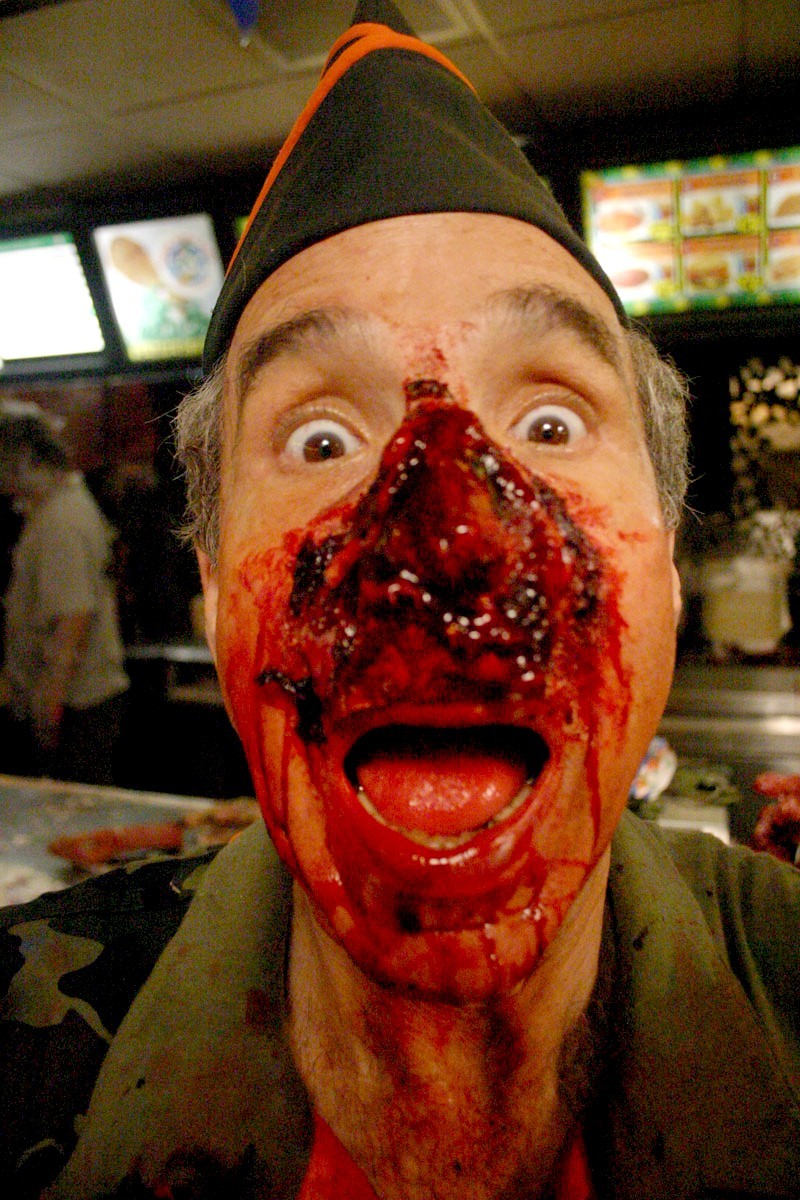 If you stayed up late in a cheap motel room built on an Indian burial ground, eating an entire bucket of fried chicken just before you fell asleep watching Dawn of the Dead, the resulting gastrointestinally-challenged nightmares may somewhat resemble what indie filmmaking genius Lloyd Kaufman has managed to capture on film in POULTRYGEIST: NIGHT OF THE CHICKEN DEAD. This is flat-out, without a doubt, the most outrageous, bloodiest, disgusting, nauseating, hilarious, jaw-dropping, eye-popping, creatively perverse, brilliantly inventive musical-horror-comedy about vengeful demonic Native American spirits cum ravenous killer zombie chickens ever made. If you thought you’d seen it all in Lloyd’s previous Tromaville epics like the Toxic Avenger series or Tromeo and Juliet, as Lloyd himself would put it: kid, you ain’t seen nothin’ yet.

The plot is deceptively simple: a fast food restaurant called American Chicken Bunker, run by a bigoted blowhard known as General Lee Roy (Robin L. Watkins) sets up shop on accursed Indian burial ground. On opening day it is surrounded by hairy protesters, including angry but hot lesbians like Micki (Allyson Sereboff). Employees and protesters with names like Arbie (Jason Yachanin, a dead ringer for a younger Lloyd), Wendy (adorabe Kate Graham), Paco Bell (Khalid Rivera), Humus (Rose Ghavami), Denny (Joshua Olatunde) and Carl Jr. (Caleb Emerson, a B movie director in his own spare time) are suddenly confronted with oozing pieces of fried chicken that eventually turn the local population into a pack of homicidal zombies – with beaks and feathers. Every now and then characters burst into highly original, wittily composed musical numbers. Other times they just burst. Buckets of blood, guts and every bodily fluid imaginable spray paint the scenery as a matter of routine. You witness sights and hear sounds that you could never possibly conceive of in your wildest, most twisted fantasies. You will feel repeatedly offended and repulsed. And you will not be able to look away.

This is Uncle Lloyd’s masterpiece. He filmed much of this insane masterpiece in an abandoned McDonald’s in Buffalo, New York with the dedicated help of a volunteer cast and crew that somehow managed to vividly realize the warped vision of producer/director/writer Lloyd and co-writers Gabriel Friedman and Daniel Bova. It’s amazing what they accomplished with no budget; the result is like getting a gourmet meal in a drive-thru. The cast is extremely talented. This is the most gleefully appalling cinematic experience you will have this year, or any year.

Rated PG for Poultry Geist. Or Putrid Gore. Or Postmodern Grindhouse. Or Pretty Gross. Or Poopy Graphic. Or Puke Gooey. Or…you get the picture. 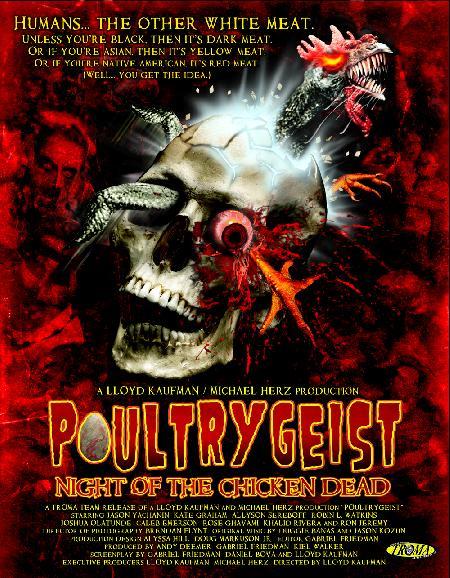