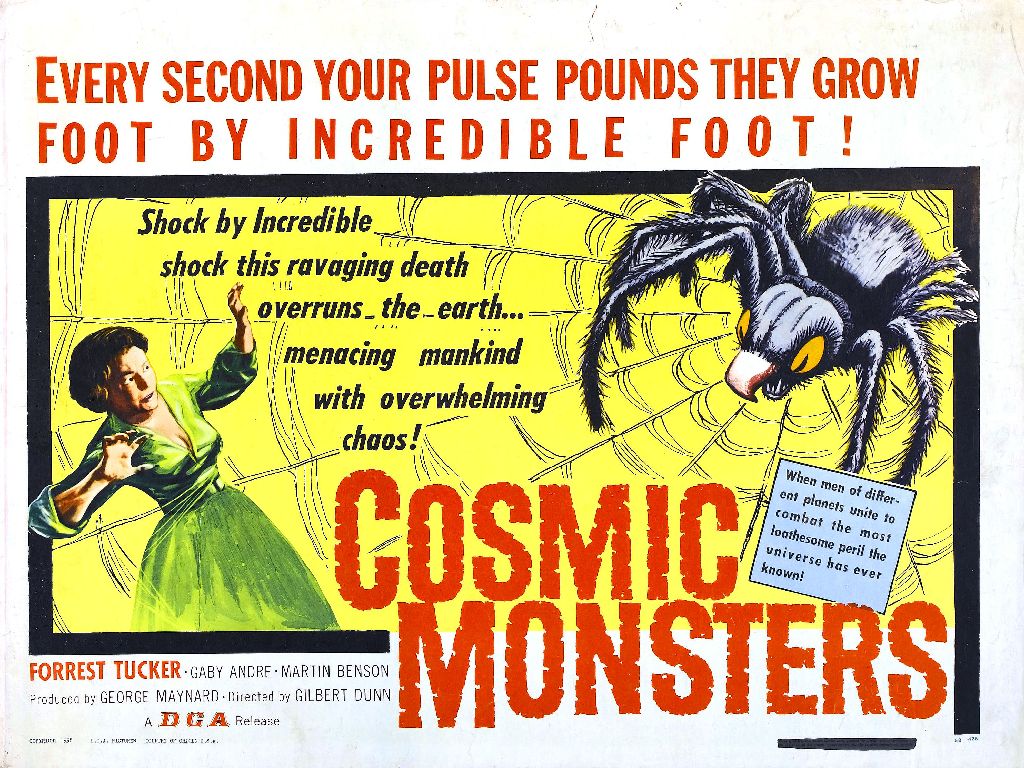 Interesting little British sci-fi movie about man’s attempt to create a powerful electro-magnetic energy generator that tares a hole in the fragile Iononasphere. This creates a massive bombardment of the Earth by deadly and radioactive Cosmic Rays that cause havoc on the planet and it’s inhabitants, man and insect alike.

Dr. Laird, Alec Mango, working with both Dr. Graham & Dupont, Forrest Tucker & Gaby Tucker, gets carried away with his work in the field of electro-magnetic energy and goes too far in his experiments to the point that a fleet of space-ships are sent from Planet X to stop Dr. Laird and save the Earth.

Throwing out both Graham and Dupont from his lab Dr. Laird shoots and kills British government official Gerard Wilson, Geoffery Chater who came to talk some sense to him about what he’s doing. Dr. Laird locks himself up in the bunker-like lab and continues his dangerous experiments as the whole world goes to pot.

The Cosmic Rays effect people by driving them insane where they go out and commit acts of violence and murder as the insects are cause to mutate and grow to giant sizes and devour everything in their path. One of the aliens from Planet X Mr. Smith, Martin Bensen, comes to the rescue by first convincing the authorities that he’s the real McCoy and then getting their permission to stop Dr. Laird, with deadly force if necessary, before he destroys the entire planet.

Short in special effects but very intelligent story about the excesses that man would go to inflate his own ego at the expense of those around him, man and animal. Dr. Laird’s mad attempt to develop a electro-magnetic device to satisfy his personal hubris and self-gratification, not the for advancement of science for the betterment of Mankind, almost put an end to the world as we knew it. It took an alien force who was much more advanced and wiser then us to put a stop to his, Dr. Laird, madness at the cost of his life.