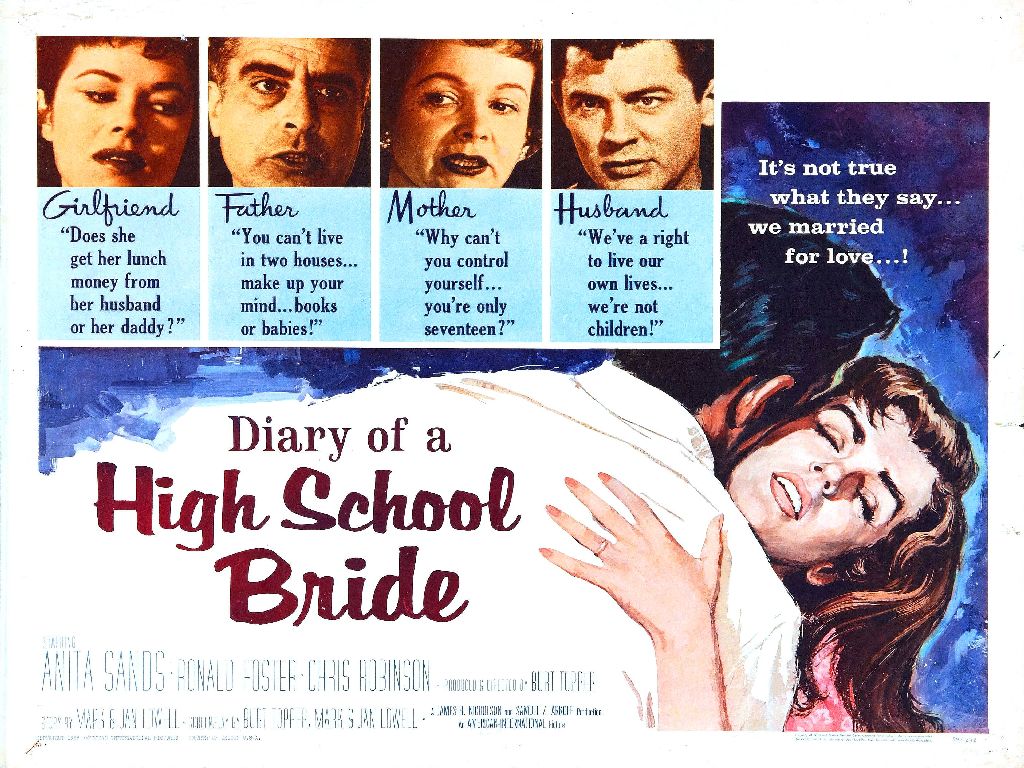 Although the makers of “The Diary of a High School Bride” make the film seem like an exploitation film about young brides when it begins, the film is far less than you might expect. Plus, back in 1959, folks getting married at 17 wasn’t all that unusual.

The film begins with Steve and Judy having just eloped. She is only 17 and so technically the marriage isn’t legal. However, when Judy’s parents hear about it, her father (with some objections from the mother) decides that the best thing to do is just accept it. Plus, he figures his daughter will soon come to her senses. However, the big problem with the marriage comes from some punks at Judy’s high school (she is a Senior). They think it’s funny to harass them and some of their ‘pranks’ get amazingly dangerous. However, Chuck’s actions soon intensify, as he decides he’s going to have sex with Judy whether she’s willing or not! So, instead of a drama about teen marriages, it’s more a film about rape. And, as such, it’s actually not bad and responsibly done. Worth a look.

By the way, if you are interested, Judy (Anita Sands) was about 18-19 when she made the film and Steve (Ron Foster) was 28-29. To me, this huge age gap was a lot creepier than having Sands play a 17 year-old.