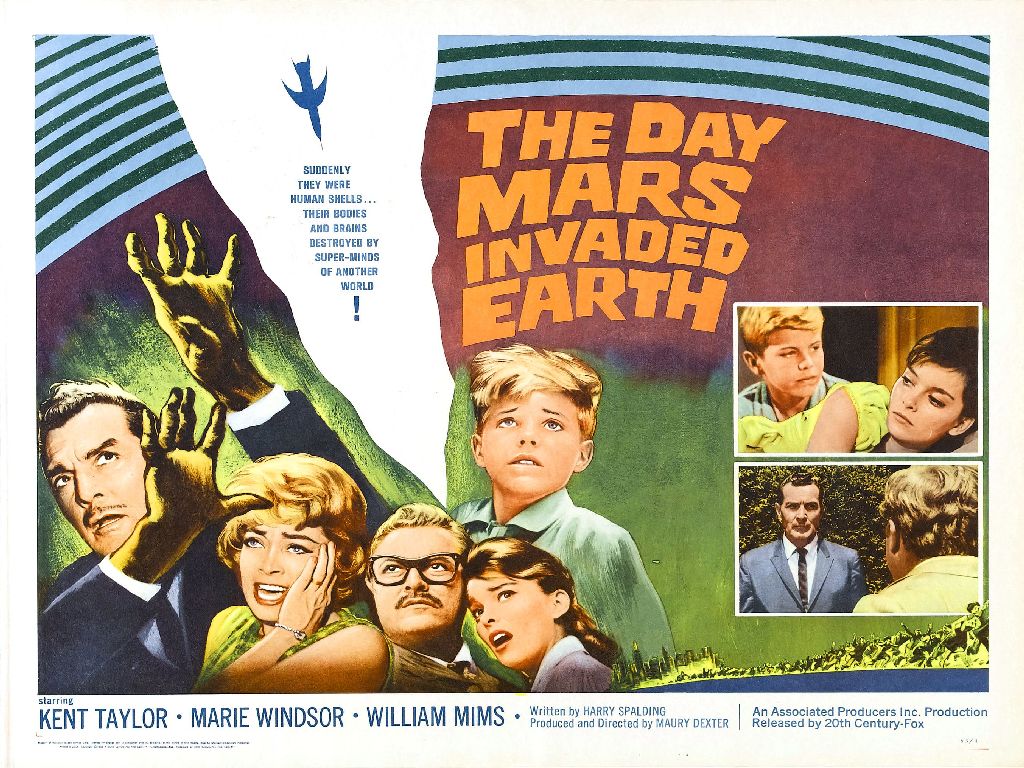 The presence of Kent Taylor, Marie Windsor, and William Mims as the main three actors in this film is a sure invitation to sci-fi B-movie fans everywhere. The film–a sort-of remake of “Invasion of the Body Snatchers”–is no classic but will hold your attention for the most part.

David Fielding (Taylor) and his assistant Web (Mims) are space scientists who sent a probe to Mars. The probe quits functioning within about a minute, so Taylor decides to fly to California, and to his crumbling marriage with Claire Fielding (Windsor). The Fieldings and their two children are living as guests on a huge estate.

The Martians, meanwhile, are quite irritated about the probe and dispatch exact doubles for the Fieldings, as apparently their first step toward taking over Earth. The rest of the movie consists of Taylor and Windsor seeing their doubles wandering around the estate, as they try to figure things out. Taylor has a final confrontation with his double, Mims is roasted alive by some sort of mind power the Martians have, and the movie ends with the Fieldings reduced to ash and the Martians taking over. The end is surprisingly downbeat for a movie of this type and for its era.

The movie, though mostly entertaining, moves like a glacier most of the time, although it does pick up toward the film’s end. The title’s promised “invasion” simply consists of the Martian doubles driving off in Taylor’s car. Fans of Taylor and Windsor will certainly want to see the film, but be prepared for some pretty slow going. I still think it’s a good “B+” effort.