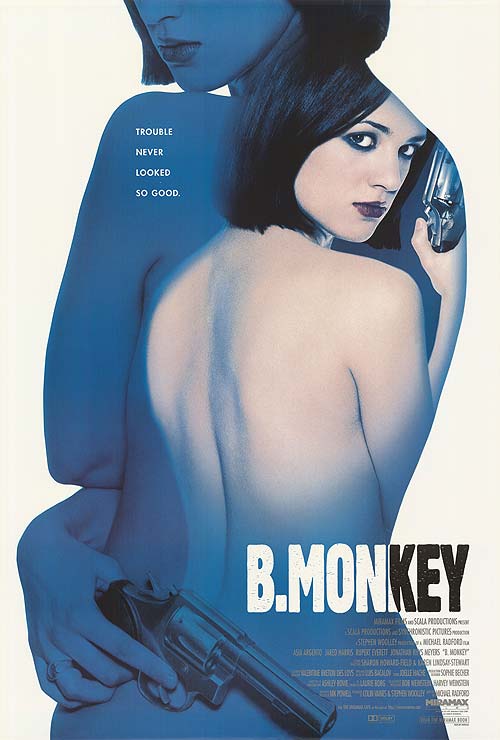 Alan Furnace is a school teacher who’s only joy in life is his late-night slot on hospital radio where he can play the light jazz he loves so much. Seeking more excitement in his life, he takes an interest in a collection of people in a local pub who the barman describes as “criminals”. Despite this Alan approaches the woman of the group – the sexy and charming Beatrice, but is surprised when she responds to his advances. As he gets to know her, he uncovers a damaged soul with a murky past and dark present that perhaps he would be keep out of; however, as much as he is put off he is drawn in and soon finds himself involved deeper than he had ever planned.

I’ll be honest and say that I was only drawn to this film by the strange title; other than that I had no idea what it was about but decided to give it a stab anyway. However the film seems to be aiming for a mood rather than a narrative and, as a result, this film is more about the tone and feel and thus it fails to really engage because the story isn’t there. Well, there is a story but it comes second to the mood and it isn’t well developed, is full of illogical holes that just don’t convince and feels like a mishmash of other films’ ideas. It is interesting at points but ultimately it doesn’t work. The film tries to be seedy and introspective, using smoky rooms, jazz and crime as motivators and the “normal guy” as our way in, but even this doesn’t totally work and elements of it failing make it feel like it has all been forced from the start – certainly the choice of the jazz music is way off.

However, as the title suggests, the film is more about Beatrice than the other characters and, as such, it is interesting enough even if she isn’t as well developed a character as a “character driven film” would usually require. The performance from Argento is good and she has a real sexy presence that is more than just her taking her clothes off for the cameras – it is an aspect of her character that the film uses well. Harris is every bit as bland as the music he plays and he is the reason why I never bought the main relationship once – OK, she’s after a “nice guy” but would she go for someone so very bland? The rest of the cast are colourful enough and do OK work with very basic material; Rhys-Meyers is good, Everett does his usual lazy, bi-sexual performance, Hart has a small role and the rest are just basic “East End thug” sorts.

0 16
Island of the Cannibal Death Gods