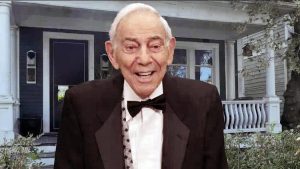 Herschell Gordon Lewis, the horror filmmaker known as the “godfather of gore,” has died. He was 87. The director of such films as “Blood Feast” and “Two Thousand Maniacs” died in his sleep early Monday, spokesman James Saito said. Lewis pioneered the horror genre in the 1960s known as the “splatter film,” which intentionally focused on gore and gruesomeness.Other horror films created by Lewis included “A Taste of Blood,” “The Wizard of Gore,” “The Gruesome Twosome,” “She-Devils on Wheels” and “Scum of the Earth!”