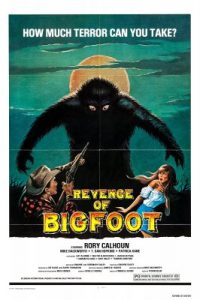 An Indian moves in with a friendly rancher and local bigot tries to run the Indian out of town. A big foot monster gets in his way.

This film was shot in Texarkana, Ark/TEX in 1978 and released in 1979. After release it was re-titled “Rufus J. Pickle and the Indian”. Starred Rory Calhoun, Mike Hackworth, T.Dan Hopkins and Patricia Kane. Produced by Harry Thomason and Joe Glass. Story about a friendly rancher who befriends an indian and the local bigot, Rufus Pickle, tries to run the indian out of town but is interrupted by a Bigfoot Creature. It was released and was shown in several states before it disappeared from the scene.