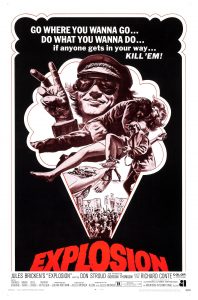 Underscoring The Blast’s flaws is its syrupy, melodramatic music score, which smacks of the earliest days of soap opera. Criticism aside, the film’s most redeeming features are a surprisingly interesting storyline, as well the use of a variety of stunning British Columbia locations.