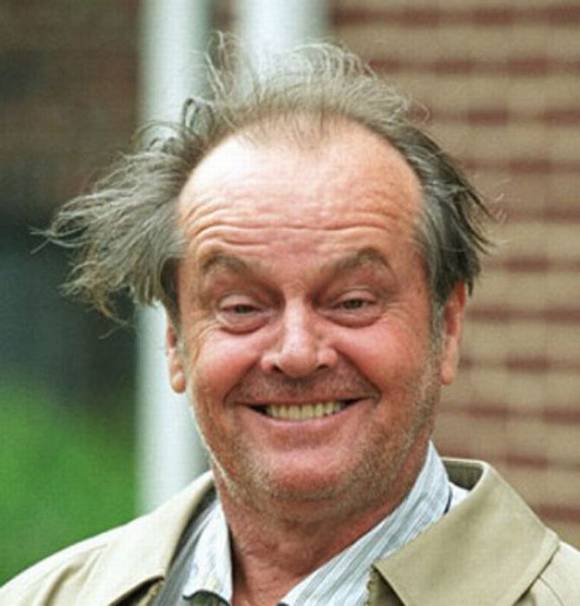 Jack Nicholson’s own story rivals any of his films.

Born in New York City, he grew up in New Jersey. He grew up thinking his grandparents were his parents, and his mother, his older sister.

When years later, he learned the truth, he realized he had no clue who his real father was, and he decided he was not all that curious to find out. He’d already carved out a path for himself.

But getting there wasn’t all that easy.

When he first got to Hollywood in the late fifties with a dream to make a living in the movies, Jack was not an immediate hit.

For a time he was an assistant at Hanna-Barbera, and actually showed promise as an animator. But drawing cartoons wasn’t his reason for being out there. So he quit.

He then worked with B-movie king Roger Corman on-and-off for several years, appearing in such cult items as The Little Shop Of Horrors (1960) and The Raven (1963).

By the late sixties though, he still had not hit pay dirt as a screen actor, and was gradually resigning himself to working behind the camera as a writer/director.

Then fate played a hand.

His good friend Dennis Hopper was getting ready to shoot Easy Rider and had a huge falling-out with erratic character actor Rip Torn, who’d been cast to play gonzo lawyer George Hanson in the film.

All of a sudden, Rip was out, and Jack was in.

Jack very nearly stole that movie, earning himself his first Oscar nod for Best Supporting Actor. Though clearly he’d broken through, it’s still doubtful he — or anyone else — could have predicted the level of success that was to follow.

Over the next six years, Jack would be nominated for Best Actor four times, and win his first Oscar in 1976, for One Flew Over the Cuckoo’s Nest. To date, he has been nominated 12 times, and won three Academy Awards. That’s a record, folks.

So, though it took awhile for his star to rise, since its ascent it has never really fallen.

It does not seem quite possible that Jack Nicholson could be turning 75 today. He seems ageless, particularly when you revisit his best films.

And that’s just what we should all do to mark the occasion.

In my view, there are twelve titles that stand out in the roughly seventy films he’s appeared in over half a century. I have ranked them in order of personal preference.

Pick the ones that strike your fancy, and on his birthday, revisit Jack at his very best.