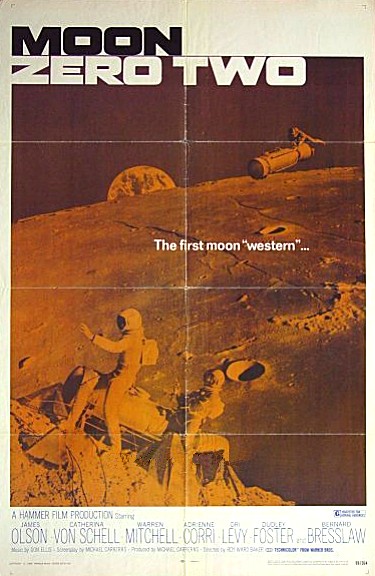 Hammer Films had a uncanny ability of making good movies cheaply, ( or making cheap films of good quality,), and Moon Zero Two is a fine if for them somewhat offbeat example of their craftsmanship. Billed as a “space western” it hit’s it’s bullseye “dead on”, with just the sort of Hammer “budget quality” you have come to expect in their costume horror features. Yes it is dated somewhat, and the costumes look somewhat silly today, but the plot is a good one and the entertainment value of the film is still high. If you enjoy the Hammer style of film-making you should add this feature to your must see list. If Peter Cushing or Cristopher Lee, ( both Hammer contract players), had been cast for this project it might have been a minor classic – as it is however – it’s just good fun – and there’s nothing wrong with that.