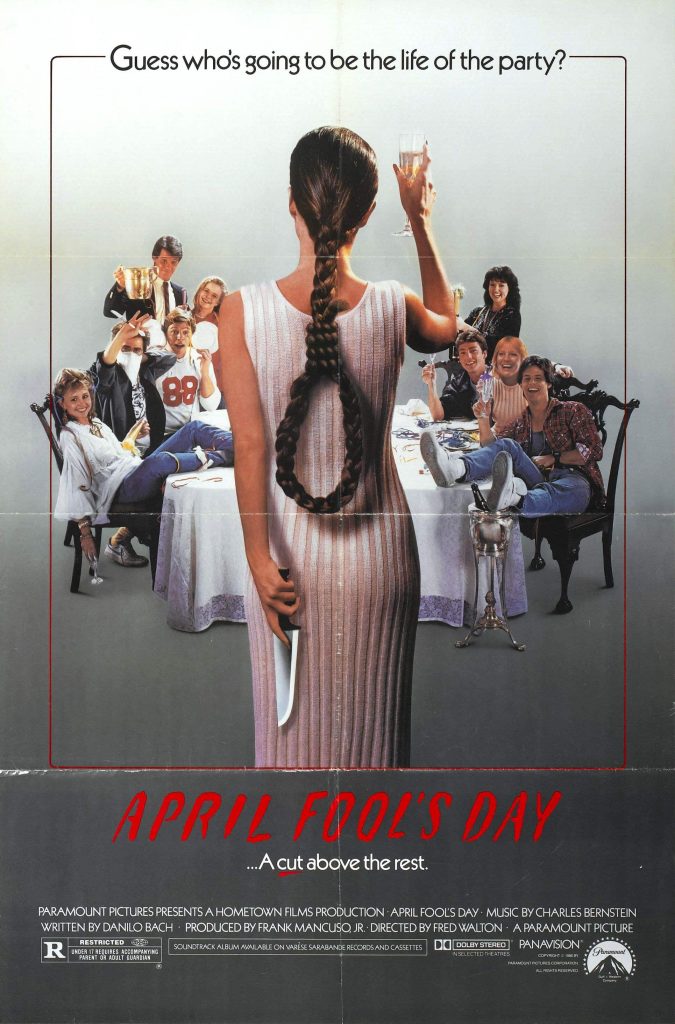 One of the more fondly remembered horror entries of the ’80’s is this unique gem that’s much more clever and amusing than the average slasher film.

Young woman invites her beloved college friends to her island home for a weekend of fun, but everything goes wrong. A freak accident occurs, mysterious things appear in the guests rooms, our hostess starts acting strangely, and bodies are starting to pile up!

With its clever combination of Agatha Christie-type mystery, teen horror film conventions, and quirky humor – it’s not hard to understand why this film has developed a bit of a fan base. Even viewers who don’t like horror films may find themselves enjoying this witty and twisted little venture. Director Walton does well in giving the film an air of mystery and spookiness. All the more adding to the atmosphere is the lovely music score of Charles Bernstein. The film is nicely shot in beautiful British Columbia.

The true highlight of this film though is its above-average cast. While there are really no known actors in the cast, they all deliver great performances and bring their characters to a wonderfully likable light! Deborah Foreman, in probably her best performance, is great as hostess Muffy. Ken Olandt and Amy Steel are great as a couple trying to solve the mystery of it all. Clayton Rohner and Thomas F. Wilson are a joy as two joke-happy friends. Jay Baker, Leah Pinsent, and Deborah Goodrich are equally good in their supporting roles.

As the tagliner says, April Fool’s Day is certainly a ‘cut’ above the rest of its kind. It’s a fun watch whether you enjoy the horror genre or not.