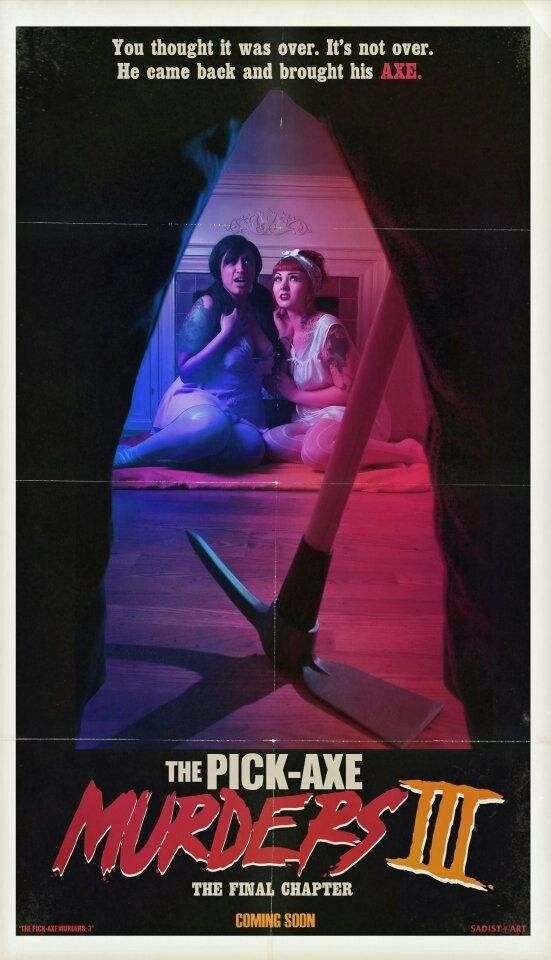 Quite possibly the worst movie in every way imaginable. Terrible special effects, awful acting, bad script. The Title states that it is Part III. There is no Part I or Part II. Obviously, it is some lame attempt at humor and an even lamer attempt to suggest that two other movies of the same worthless nature were made before it. The acting is just bad all around, in every way, in every second of this movie. I’ll mention a few things concerning the special effects. No, you cannot behead someone with a pick-axe. Its just not physically possible to swing it once and cut the head completely off. Second, human entrails do not look like ketchup covered sausage links. Not even close.