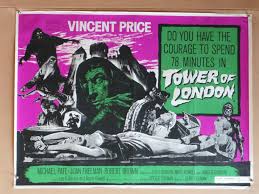 King Richard III of England is a very tough guy to understand today because the truth about him is hopelessly muddled. Most of what we THINK is true about him comes from Shakespeare’s Richard III–which is very entertaining but Skakespeare was probably no better a historian than Paris Hilton! His histories are based on both traditional tales AND an effort to make the Tudor dynasty look good (after all, Elizabeth was queen while many of his plays were produced and if they were critical of her family, he would have likely been beheaded). So, considering that Richard III was murdered by her grandfather (Henry VII), it’s not surprising that in the play he’s a scheming and deformed jerk. This film also is based somewhat on Shakespeare’s tradition, though he’s far crazier. Whether Richard actually killed his nephews, walked like a hunchback or was so untrustworthy and stupid is up for debate–and many historians do question the traditional view of the king.

Now, if you aren’t a history teacher or a member of the Richard III Society (www.richardiii.net), most of this probably won’t matter very much to you. My advice is to just watch the film for it’s entertainment value–not historical.

As entertainment, it’s not bad. Fans of Vincent Price will especially enjoy his way over the top and highly emotional re telling of the reign of Richard. Seeing his face contort and ghosts popping in and out certainly is fun to watch, as is the nasty scene involving dropping a rat in a cage on a man’s face! Obviously, this is NOT a Merchant-Ivory production!! No, in many ways it’s highly reminiscent of director Roger Corman’s other forays with Price (such as his Poe “inspired” films). And so, if you like them, you’ll love this homage to insanity and evil. If you are looking for something more…well, you won’t find it.