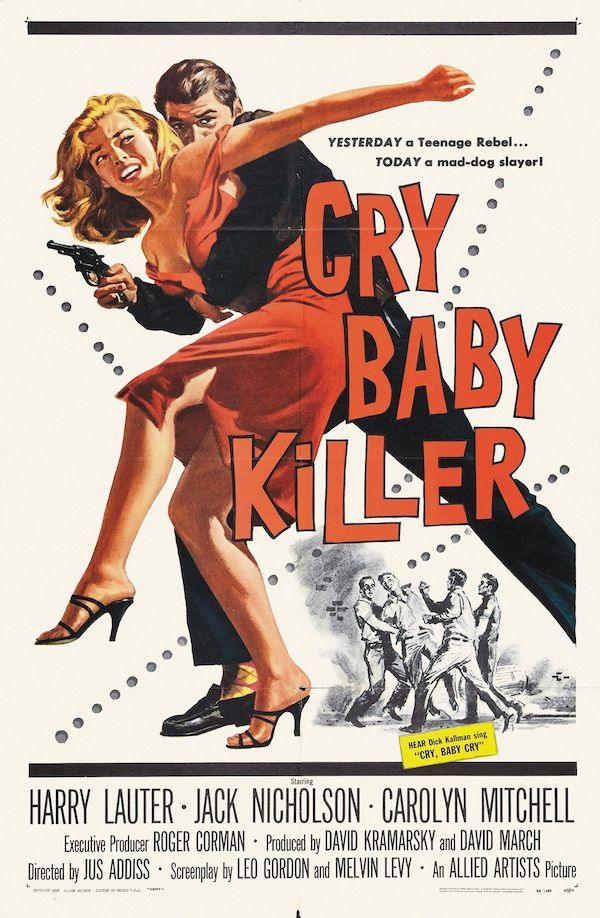 So after watching this movie, another curiosity was sated: I got to see Jack Nicholson’s first film and find out if it was any good. Well, it’s not too bad and since it’s only an hour, not too much time was wasted watching it. Nicholson certainly does well when he becomes desperate enough to hold up a woman with a baby and a middle-aged black man hostage after shooting at a couple of punks who beat him up at the beginning of the movie. Roger Corman was the executive producer only here so there’s not much of his creative hand in the finished product though it was interesting seeing his cameo when he briefly talks to the TV reporter before he was going on the air to broadcast the standoff. So on that note, The Cry Baby Killer is worth a look for any Nicholson completists.

0 48
Where Have All The Cowboys Gone?: The Decline Of The Movie Hero

0 38
Sweet Sounds Of A Chainsaw