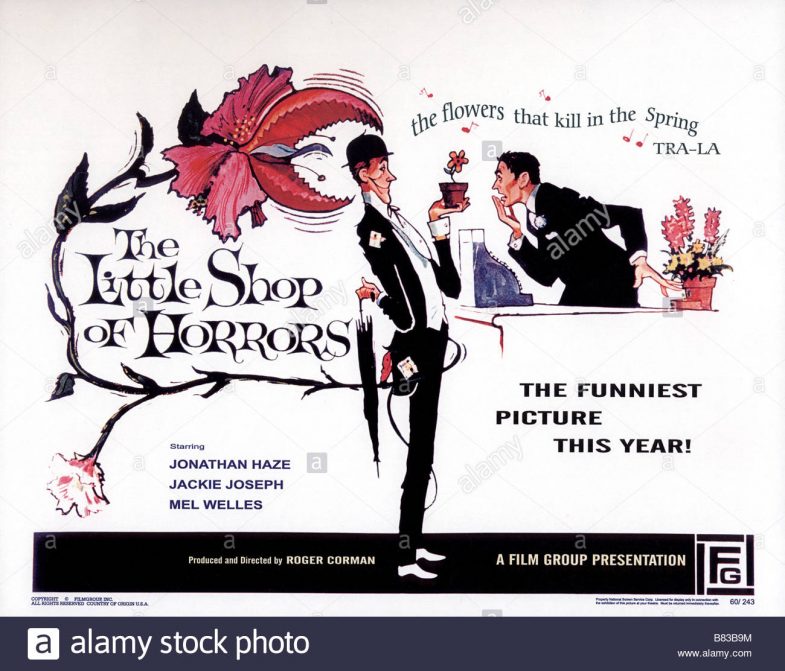 If there is ONE movie that made Roger Corman THE king of low-budget quickies, it’s The Little Shop of Horrors!! Practically no budget and shot in two days this movie still looks very decent now, almost 57 years later. That’s quite an effort if you ask me and it’s good to see that this movie finally received the status of immortal cult movie.

This is a very charming little movie, to say the least. The story is simple but it keeps you alert all the time ( originally, it was meant to be a sequel to Bucket of Blood ) but it’s the characters that steal the show. Every character that walks through the screen is exceptional and hilarious. We’ve got a guy who feeds on flowers, an old lady who loses a family member every day, a mother with a fetish for diseases, a masochistic undertaker who visits the dentist and almost has an orgasm ( legendary appearance by Jack Nicholson in one of his first roles ) and a whole bunch of others…Too much to list, actually. Jonathan Haze is brilliant as the dumb florist assistant in love. He created a new type of plant and that causes a whole lot of trouble…and comedy.

Watch Little Shop of Horrors for it’s value in cult cinema, maybe. Or because Roger Corman is an interesting director who deserves to be checked out. Or you could watch it to see where Jack Nicholson started his impressive career a long time ago. But – most of all – watch it because it’s an adorable little movie with very funny sequences and a lot of low-budget charm. The 80’s musical version by Frank Oz is also worth a look but it doesn’t come close to this original version.