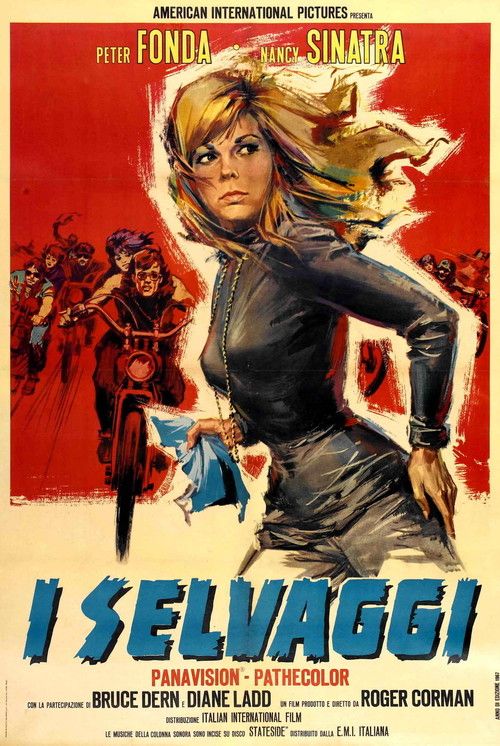 Roger Corman’s modestly-budgeted biker flick for American International opens brilliantly, with evocative shots by cinematographer Richard Moore that promise a lot more than what Corman, screenwriter Charles Griffith, or the cast members can eventually deliver. Plot has Southern California biker gang enjoying rumbles, cycle jousts, hassling the Mexicans, and outrunning the local heat; but when Bruce Dern steals a police-bike and gets shot, gang “president” Peter Fonda hatches a plan to break him out of the hospital and thus keep him out of prison. Fairly raw and uncompromising, the picture looks terrific from start to finish, but the line-readings are sometimes so awkward that one wishes Corman could cut back on dialogue and just allow the visuals to tell the story. Sort of the older brother to “Easy Rider”, “Angels” was eclipsed in popularity and relevance only a few years later, but it’s fairly gripping and visceral overall, occasionally amusing, and features some fine actors in support (Diane Ladd, Gayle Hunnicutt, Michael J. Pollard, and Nancy Sinatra, whose hospital crying scene is a hoot).