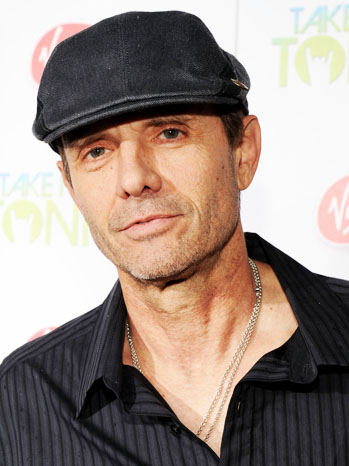 Actor Michael Biehn, best known for his starring roles in The Terminator and Aliens, and his Blanc Biehn Productions have joined forces with director Xavier Gens (Hitman) to produce a series of grindhouse films, the first of which will be The Farm. Chiller Film, the genre arm of Aspect Film, will represent all three titles as part of its deal with Blanc Biehn announced back in February.
Produced by Blanc Biehn and written by Bradley Marcus and Kevin Marcus, The Farm will star Biehn as a broken man who must fight his inner demons to save his farm from a greedy corporation and an inhuman force. The cast also includes Danielle Harris, Jennifer Blanc, Michael Eklund, Ivan Gonzalez and Courtney B. Vance.
Producers are Jennifer Blanc Biehn, Michel Teicher and Avi Federgreen of Federgreen Entertainment/Indiecan Entertainment. Shooting is set to begin in early 2013 in Canada. Pre-sales are taking place at this year’s Cannes market, with Hugh Edwards from Aspect Film representing Blanc Biehn.
“The inspiration to do The Farm came from a desire to work once again with Michael Biehn,” Gens said. “We had so much fun making The Divide. I really liked him and didn’t want to wait too long before we could go back on a set and work together. I wanted to find the right project in which to reunite the family of The Divide before too much time passed.”
Before taking on The Farm, Gens hopes to make two other films, the first of which is called Cold Skin. “Cold Skin is my top priority project after The Divide,” he said. “It’s a passion project which will be shot soon. We are supposed to lock the budget in Cannes. I am also developing a big French gangster film with LGM and Gaumont in France which will shoot in 2013. The Farm will be a good fun ride after those two big projects.”
Also slated for production under the Biehn/Gens partnership is Up and Down, directed by Carlo Rizzo, and The Predicator, directed by Greg Morin.
Michael Biehn and Jennifer Blanc-Biehn most recently produced the grindhouse film, The Victim, which co-stars Harris. It is currently slated for a late summer theatrical release through Anchor Bay Films.