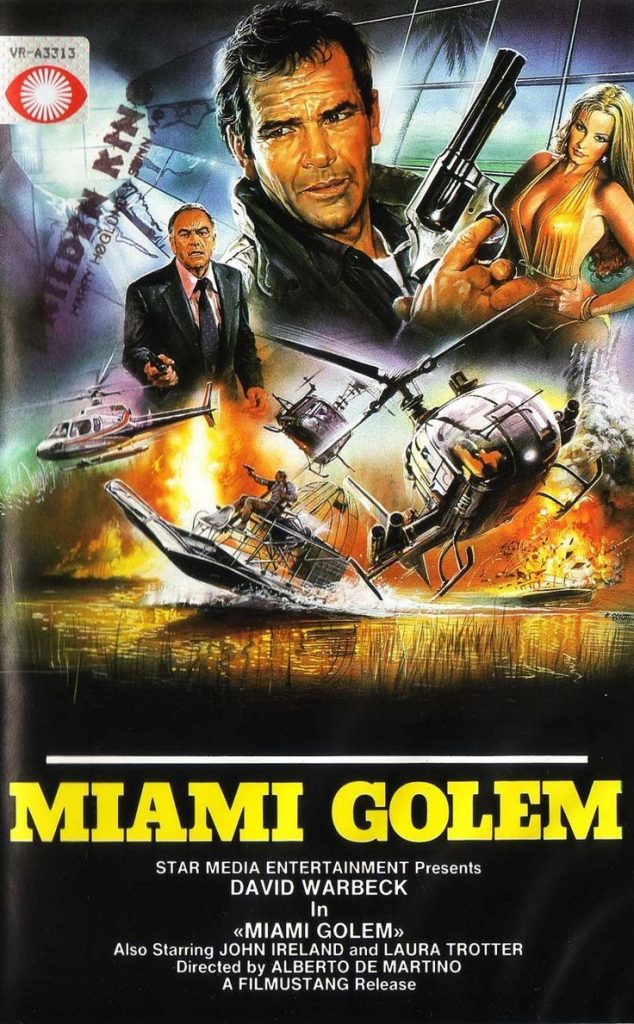 Unimpressive minor entry in the action/horror subcategory, take note that the “action” basically amounts to beat-to-hell old things which are already headed for a landfill being obliterated or set ablaze. As for the “horror” aspect…that would be a fetal baby with heavy mascara in a pickling jar(supposedly an alien of awesome destructive power). The blink of of nudity we’re offered is of the leading lady, whose looks fall somewhere in the lesser end of average.

In one especially hilarious and unbelievable drop-of-the-ball, there’s a lengthy scene which twice-consecutively repeats itself for absolutely no reason at all. The most easily-detectable flub imaginable actually made it through the post-production stage of this floundering hunk-o’-junk, unless it happens to be a blooper specific to the particular video release I was subjected to…in any case, it’s a mind-blowing gaffe.

Another impotent selection from the late David Warbeck’s woefully disconsonant filmography. He was a fine actor sadly choked in weak material, and his presence signifies the sole point of distinction in this irksome celebration of stupidity.