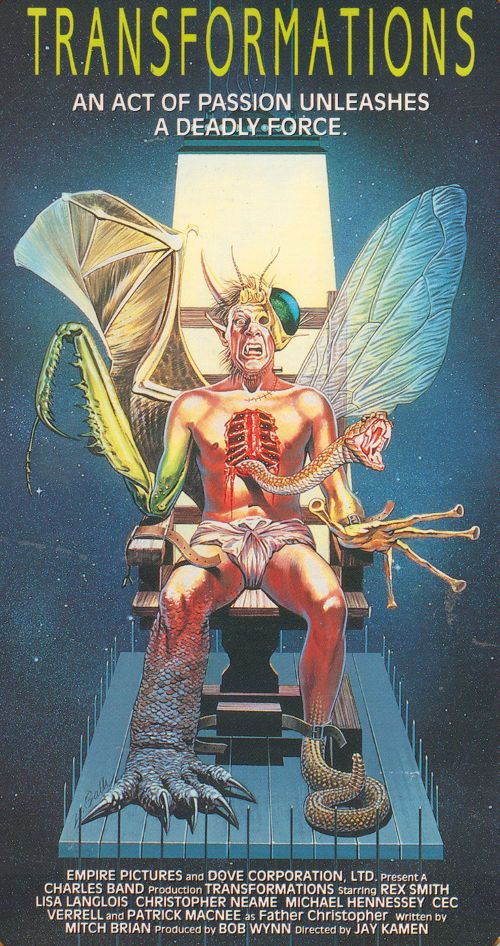 A jobbing character actor like Patrick Macnee probably couldn’t have afforded to be too picky when it came to work in the 80s, but he really should have said no to his pointless role in this piece of garbage, a Charles Band produced sci-fi/horror that is surely a career low-point for all involved.

Apart from the sets, which were recycled from other slightly better films, pretty much everything about this film is cheap and nasty; but worse than that, it is extremely boring—hard to believe with a crazy plot that features a sexy space succubus who infects the film’s hero with a deadly STD, causing him to turn into a sex-mad, slime-covered monster.

There is some gratuitous female nudity during the bump ‘n’ grind scenes (which is always nice) and we even get a little gore towards the end of the film, but with much of the film consisting of dull conversation between characters, and nothing in the way of decent scares or action, this is very hard going. I’m a fan of Z-grade movie-making and, over the years, have developed a high tolerance for the worst kind of rubbish, but this turgid mess really tested my patience.