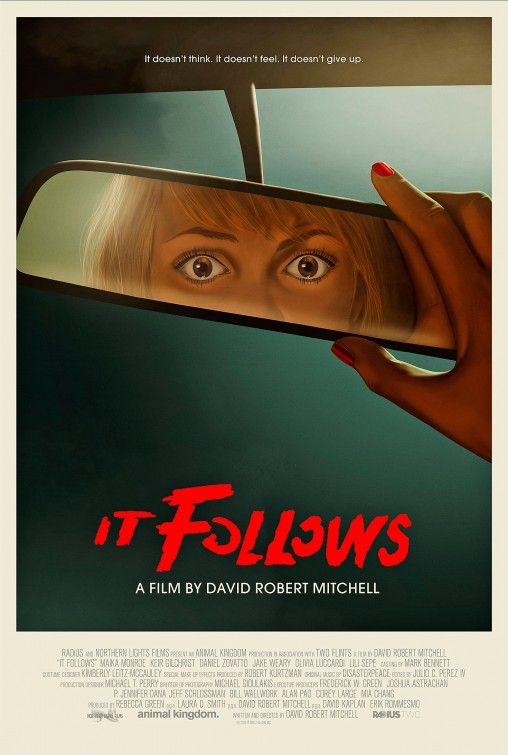 This is a movie that was light on the jump scares, which is a delightful change of pace. In the past few years more and more horrors have relied on jump scares to make up for the true scariest part of any horror film, the sense of dread. Dread is felt in this movie almost immediately because it combines so well with the tone, another forgotten about ingredient in horrors.

There is no real way to explain the plot of this film without it coming across like a more twisted game of “tag,” which played a part in exactly how many people I could talk into seeing it after the mixed feelings from the trailer. That being said, the film breaks a lot of the norms set by today’s “scary” films. This is a movie that knows what it’s doing, and its main concern is to make the audience feel as if they are a part of the experience with the sense of realism. With the enemy being as far-fetched as it may come across in conversation, it’s easy to get caught up in the surroundings of the characters looking for “it.” Having to watch over the characters’ shoulders throughout the movie makes it all the more frightening when something IS seen, and there’s never a sense of safety.

It Follows takes a good deal from the greats in the horror genre, namely Halloween. I recall a great deal of times thinking “wait, that was in Halloween,” where the background is scarier than what could pop up out of the shadows with some loud sound surrounding it. The score in this movie is simply unnerving and remarkable. It adds to the tone and creates an even more frightening and uncomfortable feeling when “it” has appeared. It was as if I were watching a great Carpenter movie in the theater, and it’s been a great while since such a possessing and haunting score has come along. It truly is like another character in the movie, but used so well it adds to already-present uneasy feeling that one has while watching.

It Follows delivers where other recent horrors have failed, it creates memorable moments and characters which the audience feels for. Also unlike recent films, there is no way to predict what direction the movie will take, and there is finally not a completely predictable ending. Horror movies have taken easy ways out and desensitized the audience throughout by having things jump on screen which make the “big moments” feel insignificant and forgettable because audiences have been jumped at so much they just don’t care anymore and they’re ready to see “the monster die” (I’m oversimplifying of course, but the intent is clear). Meanwhile, this film has (quietly) some of the most memorable terrifying sequences of the decade thus far.