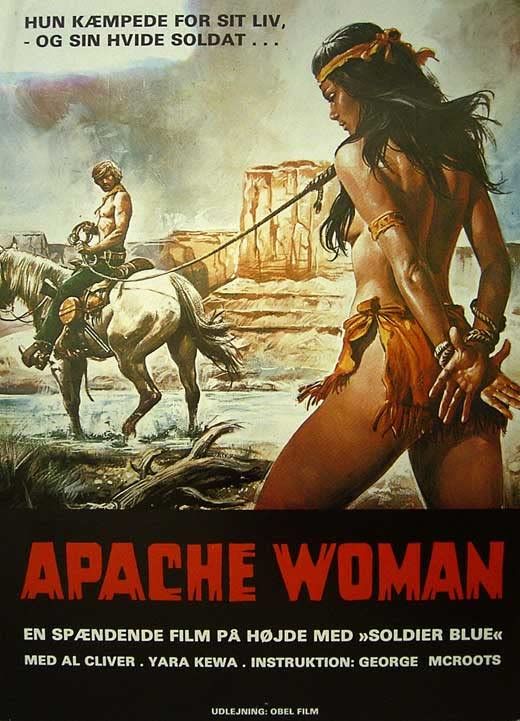 “Apache Woman” is a low budget Italian rip-off based quite obviously on Ralph Nelson’s “Soldier Blue”, but it is not a bad movie. Al Cliver has hardly been in many better ones, and he stars as the soldier who is lost in the wilderness and tries to get back to his comrades. However, he falls in love with an Indian woman (Yara Kewa), the only survivor of a massacre, and that is a really complicated relationship! They don’t trust each other, they don’t understand a word of the other’s language, but they can only survive together. Even though “Apache Woman” can’t resist some nudity and brutality (director McRoots alias Mariuzzo is known for working with zombie expert Lucio Fulci), it has a lot of subtle moments, too, especially when the soldier and the woman have to communicate with nods and smiles. It fortunately takes the necessary time for a few peaceful moments and thus develops the characters a bit. So, more than you’d expect from the advertising and one of the better films from the end of the spaghetti western era, because it successfully imported elements of the depressive American post-western, when the Django avenger pose had become obsolete. (Note: I have watched the Italian language print, running 85 minutes. It seemed to have a few censorship cuts for violence.)