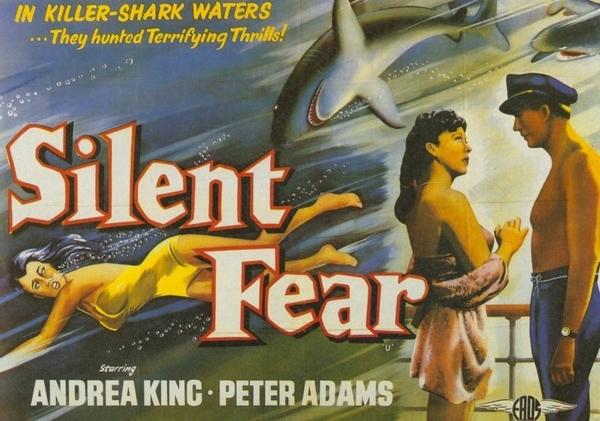 Mexico miner Pete Carroll is in Acapulco and meets Terry Perreau and falls in love with her after he hears her singing (or dubbed) on a recording of “Extrano Amour (Strange Love.) The troubled Terry decides she wants to go shark fishing, so Pete poses as the skipper of a fishing boat, owned by Thursday, and off they go. Pete lands a mantray and cuts it up for bait and the sharks are soon swarming, and Terry dives in the water. Terry does likewise and fights a few sharks and gets his leg gaashed but finally rescues her. Gradually, her friendship also turns into love. But back in Acapulco she learns of Pete’s “fake skipper” joke, is all hacked off and goes to Mexico City with her friend Dr. Antez. There, a specialist,