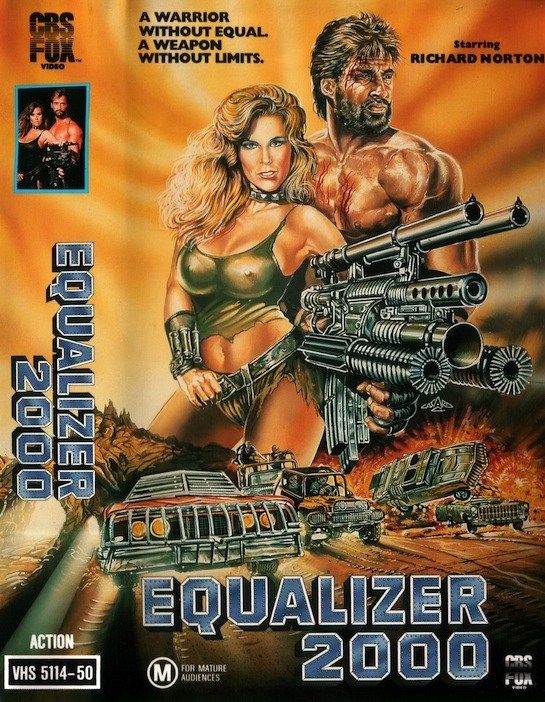 Prolific low-budget director Cirio H. Santiago made a career of directing low-budget genre pictures in the Philippines for US distributors and here brings to us his version of “The Road Warrior.” Musclebound stuntman/actor/martial artist Richard Norton (“Twinkle Twinkle Lucky Stars” “Gymkata”) plays Slade, our hero who uses his giant machine gun, the Equalizer 2000, to defeat a nasty gang of wasteland bikers. Compared to most of the Italian Mad Max ripoffs, this one actually bothered to film a few car chase action sequences that aren’t too bad, but most of the movie is a bunch of dudes in ratty clothes fighting, arguing, and shooting each other up in what looks like an abandoned quarry. One interesting casting note, this is the first film appearance of Robert Patrick, four years before his star making role as the T-1000 in “Terminator 2: Judgement Day.” Overall, “Equalizer 2000” is nothing to go out of your way to watch, but if you’re desperate for a warriors of the wasteland action flick and have seen all of the good non-Mad Max ones (i.e. “Cherry 2000” “A Boy and His Dog” “Doomsday” “Six String Samurai” and the list pretty much stops there), Cirio H. Santiago’s “Equalizer 2000” or “Wheels of Fire” may scratch your itch.