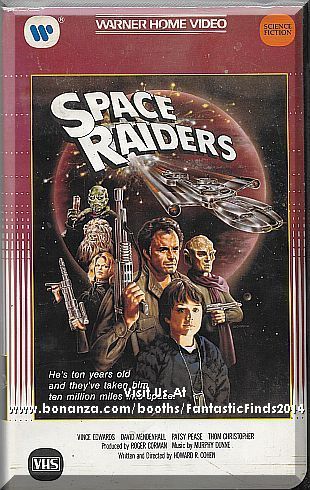 This is the ultimate second-hand movie. Music, props, special effects and sets from Corman’s world of movies are assembled to create this coming of age tale. There are a few moments in the film that are kinda cool, though. The escape scene in the beginning of the movie is heightened by a crew member tossing a beer to the captian while he fights off attacking space ships. There were also other cinematic moments in the film that were ALMOST good but are not executed as well as they could. I guess you have to hire leftover actors when making a leftover movie. It is interesting that James Horner did the music to this movie, (actually Battle Beyond the Stars), because he is now a top film composer in Hollywood. Its good to know someone came out of this film alive.