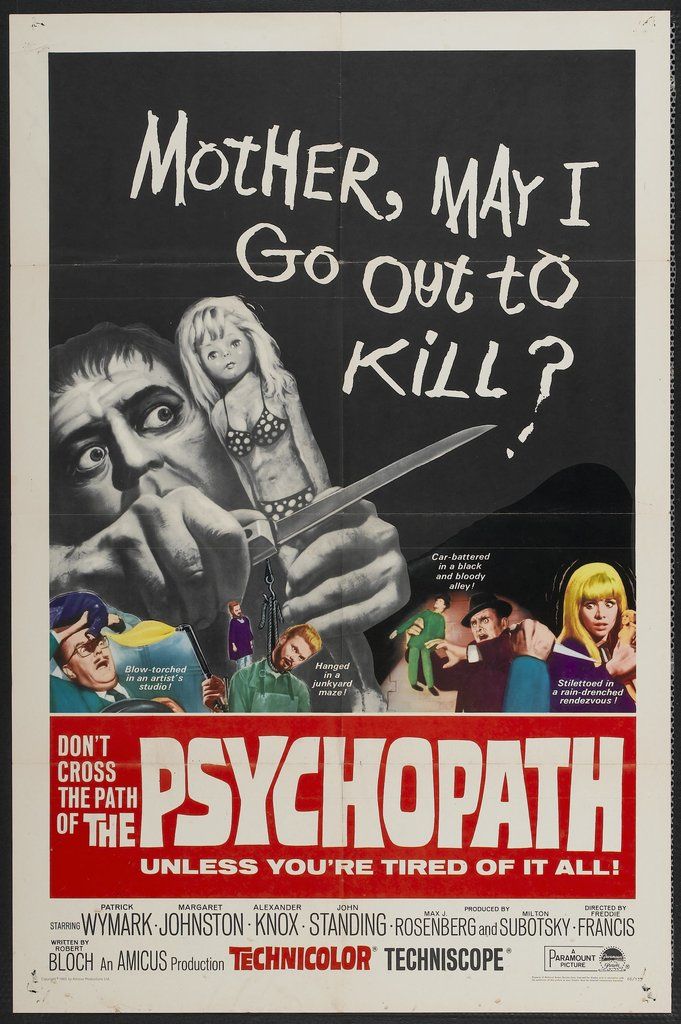 Freddie Francis continues to be one of my all-time favorite directors(not to mention his superb work in Cinematography) and here’s another fine effort from him for Amicus.

A serial killer seems bent on striking at 4 men involved in a common conspiracy. Each victim is found murdered under bizarre and unusual circumstances and in each case a little doll in the victim’s likeness is left at the death scene. One Inspector Holloway(played by the then promising talent Patrick Wymark) investigates and uncovers a whole bunch of unusual connections between nearly every character in the film.

This film is terrific visually and in terms of story(it does display some similarities to Alfred Hitchcock’s PSYCHO)–one is always left guessing. Great stuff!