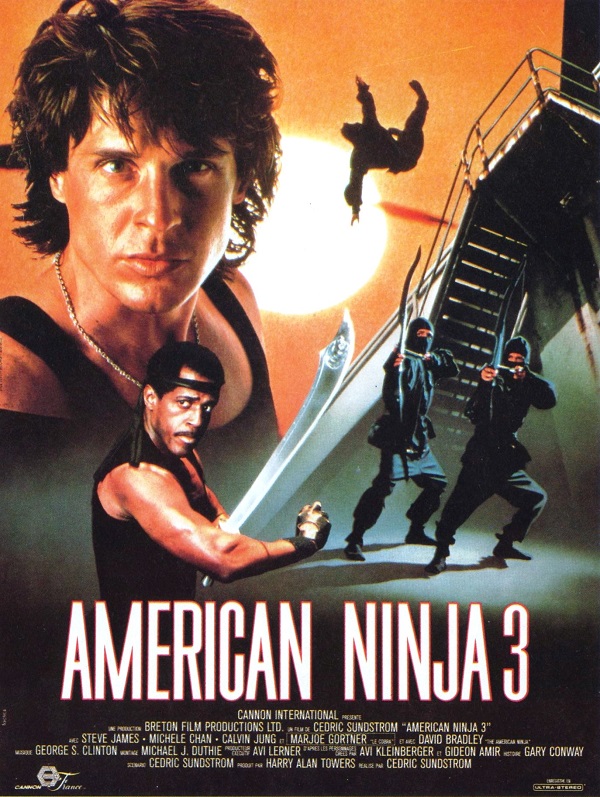 American Ninja 3 is almost universally hated by fans of the first two films, probably because Michael Dudikoff does not reprise his role as Joe Armstrong and ‘new blood’ was cast instead. Perhaps it failed because it dared to carry the American Ninja name instead of trying to be a stand alone film. Then again maybe people only watched it because of the name!

In any case, American Ninja 3 is my favourite of the series, mainly because it drops the military fetish of the previous films in favour of pure martial arts action. The acting is neither above nor below the first two films and shouldn’t be a factor in this genre anyway. Where American Ninja 3 excels is the action. The fight scenes are so much better choreographed than the clumsy action of the first two films. David Bradley is obviously a real martial artist and this casting makes a tremendous difference to the choreography. Gone are the simple throws and tight camera work tailored to mask Dudikoff’s lack of martial skill and now we have lots of fast wide angle fights with flashy kicks and some meaty sound effects. The 80’s style and fashions of the film only help to make me smile and of course the fantastic Steve James (the real star of the show) makes a welcome return.

I guess it’s all down to taste. I was brought up on Eastern Martial arts films with fine choreography from an early ages so when the American market started their attempts in the 80’s the fights just weren’t up to scratch for me and the first two films were a disappointment in that area as well as being more A-Team than Ninja.

American Ninja 3 addresses these points and gets the focus of the film (the fights) right and that’s all anyone can ask for in this genre, because if you are looking for moving acting or tremendous plots you are looking in the wrong genre.

Not a patch on Hong Kong films but s solid martial arts film in it’s own right!