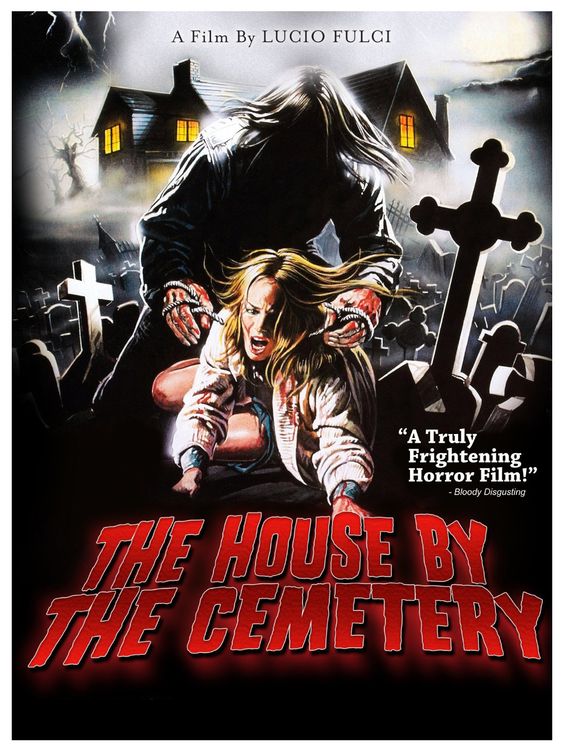 A family formed by Norman Boyle (Paolo Malco), wife (Katriona MacColl, Fulci’s ordinary) and son (Frezza) move an old mansion in New England outside Boston close a graveyard . Norman advised by professor Muller (secondary role by Lucio Fulci) has to investigate a scientific named Patterson who committed suicide by hanging and killed his lover. There they hire a mysterious babysitter (Anna Pieroni). Early rare deeds begin to happen to them, as they start hearing noises, rare characters and tragic murders. The picture terminates telling some lines by Henry James : ¨ No one will ever know whether children are monsters or monsters are children ¨.

Chilling Italian terror flick full of screams, chills, thrills and lots of blood and gore. Good make-up and special effects make-up by the maestro Gianetto De Rossi. Produced on a tight budget by Fabrizio De Angelis , Fulci’s usual producer and occasionally director. Eerie musical score composed and conducted by Walter Rizzati. The motion picture is realized by one of the most controversial filmmakers of terror movies ,Lucio Fulci in his usual style with flaws and gaps but is professionally made because he is a skilled craftsman . Reviewers are divided over booth the morals and talents of Fulci (1927-1996) who sometimes directed under the alias ¨Louis Fuller¨. For some critics many of his movies are cruel and shockingly violent, yet their gory surface often conceals religious, social commentaries or intelligent issues. Whether he should be viewed as a cheap sensationalist or just a genius Fulci has a loyal fan base and undeniably has an important and unique influence on the terror genre , creating great works on a low budget such as proved in ¨The Beyond¨, ¨Manhattan baby¨, ¨Gates of Hell¨, ¨Island of the living dead¨, ¨New York ripper¨ , among them. This gore-feast that tried to disguised itself under many other titles will appeal to Lucio Fulci aficionados.