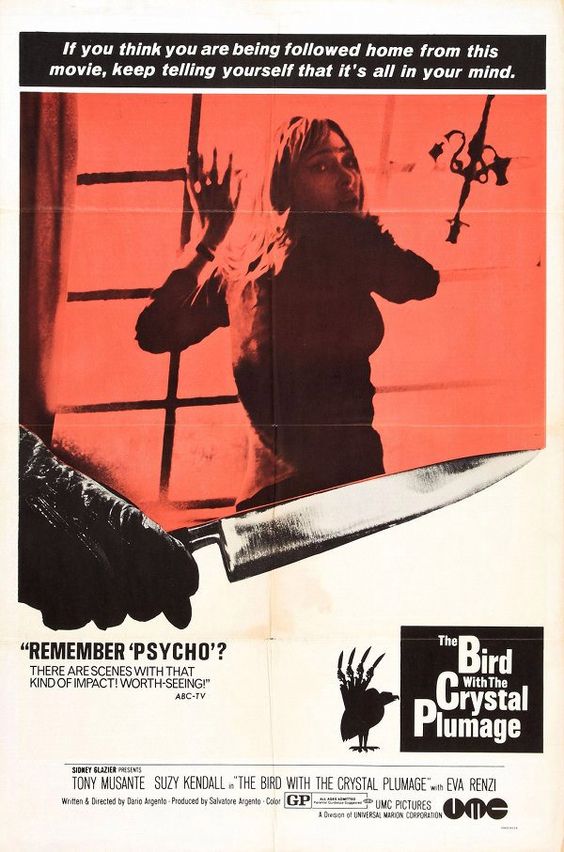 Dario Argento has come a long way since his first giallo. With classics such as Deep Red, Suspiria and Tenebrae under his belt he is often recognised as Italy’s greatest horror director (rightly so). His style that he uses in all his movies is very noticeable here. The excellent score, long tracking shots, bloody murders and the shocking twist at the end. Although Bird with the Crystal Plumage is not as gruesome as his others and the twist not as shocking, he had to start somewhere.

Sam, an American writer in Rome witnesses the stabbing of woman in an art gallery but is powerless to help as he is trapped between two glass doors. The woman survives though, and the police tell Sam she is the first surviving victim of a serial killer. The police keep Sam in Rome which annoys him quite a bit but he soon starts to investigate after someone tries to kill him.

Bird with the Crystal Plumage, although not his best work, is still an intriguing and well-made movie. The acting is good, the score excellent and the twist sure surprised me! This is highly recommended for Argento fans.