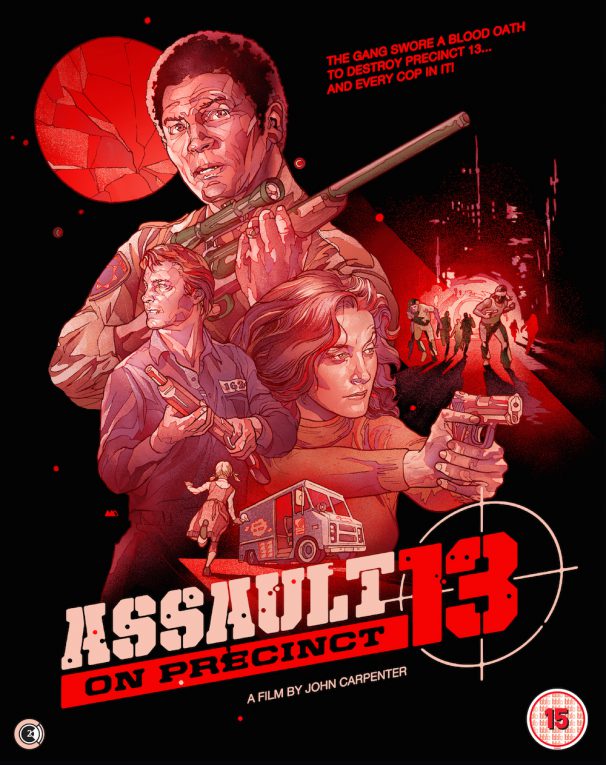 The gritty, stylish ‘Assault on Precinct 13 (1976)’ is my first experience with American director John Carpenter, labelled an “auteur” by the French and a “bum” by his compatriots. At this early stage, I’m siding with the French. This is one of the definitive “siege films,” a deft, low-budget blend of the American Western (let’s say ‘3:10 to Yuma (1957)’) and a zombie movie (‘Night of the Living Dead (1968)’ being an obvious influence). In modern-day Los Angeles, the lone inhabitants of a closing-down police station – among them police officers (Austin Stoker), secretaries (Laurie Zimmer), and prisoners (an ice-cool Darwin Joston) – are affronted by dozens of armed gangsters, who are waging a bloody war with the authorities as payback for recent gang-member deaths.

After an extended prologue, in which disparate story lines fatalistically converge on each other (and featuring one particularly nasty moment than nearly landed the film an X-rating) the siege scenario begins… and the tension rarely lets up. One sequence in particular, a tense crawl towards a parked car, had me holding my breath for minutes, its conclusion a veritable kick in the guts. Carpenter, assisted by his own low-key but insistent synchronised score, manipulates the film’s urban setting to his advantage: isolation becomes so much more unbearable when civilisation is so near, and yet so unattainable. Chillingly, most of the antagonists themselves remain faceless shadows in the darkness, representing an incomprehensible force of evil, consumed by bloodlust, and unafraid of the consequences.