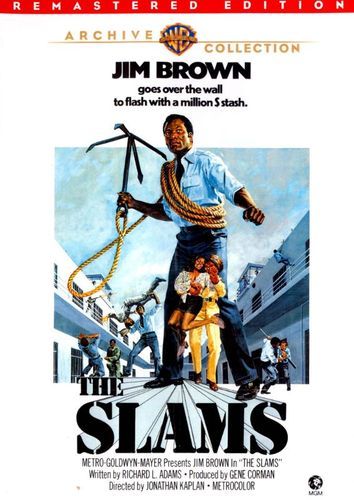 A robbery crew steals drugs and money from criminals. Curtis X. Hook (Jim Brown) beats his comrades to the double-cross and is the final survivor. He dumps the drugs and hides the money in an abandoned dock. He gets locked in prison and has to deal with many different sides. It’s black against white. Others want him to work for them. Everyone who knows about the money wants it.

I’m not sure if this is considered blaxploitation. It’s produced by Gene Corman, brother of B-movie legend Roger Corman. Blaxploitation is intended for a black audience. This is a more general B-movie. Legendary football player Jim Brown is not that great as an actor. He has some natural charisma and his size gives him just enough command. His amiability makes him a functional lead. This is undeniably a B-movie and it’s a functional one.

0 116
Millennials And The Movies