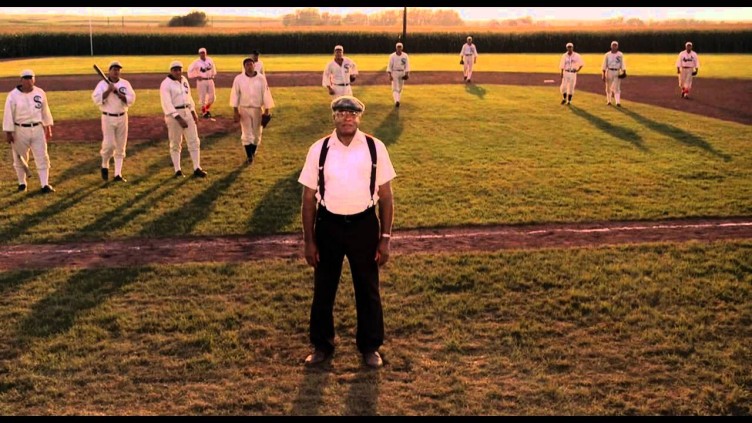 It is arid and the heat has descended on the Northern part of this world of ours. We retreat into our air condition bunkers and try to hold out until the shroud of humidity lifts. On a Thursday night, August 12th a good part of America turned on their tv’s and saw a loving and passionate remembrance of a movie that reminded us of the purity of experience. Two iconic baseball teams The New York Yankees and the Chicago White Sox took to a real grass field in Dyersville, Iowa and competed in front of 8,000 lucky fans. Throughout the game and throughout the broadcast, tribute was paid to a simple, true movie that told the truth. It told the truth about the human condition and the celebration of the core of the American dream, celebrated by the legacy of baseball.

What was transcendent is that Americans, on a Thursday night in August, were celebrating a movie made 30 years ago, The Field of Dreams, which still to this day speaks to a truth. It also provides a deep example of when a message is delivered within cinema in an honest and uncontrived manner it resonates for a very long time.

I have thought now for a couple of decades that in order for America to climb back to being comfortable with itself, two things had to happen; America had to rediscover baseball and baseball had to rediscover itself. Baseball has had its challenges and its issues. Its descent into the realm of data and statistics has eroded the spirit within baseball. Both the movies and baseball are less concerned about the audience than they are with taking the human element out and replacing it with a dry mathematical equation.

The writer of the novel, “Shoeless Joe” was Canadian W.P. Kinsella the son of a homemaker and a minor league ball player. As an adult, W.P. held a variety of jobs in Edmonton, Alberta, including as a clerk for the Province of Alberta and managing a credit bureau. In 1967, he moved to Victoria, British Columbia, and began running a pizza restaurant called Caesar’s Italian Village and driving a taxi. He began taking writing courses at the University of Victoria in 1970, receiving a Bachelor of Arts in creative writing there in 1974. He earned a Master of Fine Arts in English at the Iowa Writers’ Workshop at the University of Iowa in 1978. In Iowa he was inspired to take his love of baseball and combine it with the pervasive sense of unacknowledged loss that was sweeping over America.

But “Field of Dreams,” based on W.P. Kinsella’s book “Shoeless Joe,” is about a lot more than baseball. It’s also about the deep loss of self, the loss of generational ties, and rediscovering the magic of America when its innocence was focused on a national sport. In the movie “Field of Dreams,” Kevin Costner’s character, Ray Kinsella, inspired by voices, decides to build a baseball field in an Iowa cornfield. The voices promise him “If you build it, they will come.” Later, he nearly loses his farm as he sets off on a cross-country search for a famous reclusive author (played by James Earl Jones) and another old baseball pro (played by Burt Lancaster). Again, because a voice told him to. In many ways it’s doing what you feel is right and not what society feels is right.

To be frank, I see a lot of similarities when someone decides to build a drive-in. Motivated by the feeling they had going to the drive-in, the owners of drive-ins are sustained by money but mostly motivated by the nostalgia that is the drive-in. It is part of the searching that is going on right now. There is a deep feeling that where we are heading is not good so looking back provides a pretty good alternative. At a drive-in a lot of the artifice is dropped in favor of a truer movie going experience. There is a woven thread of experience that is captured by going to a drive-in.

We are being told by the media that the past should be consistently atoned for and frankly there is a deep trend in this culture and in movie going to throw the baby out with the bathwater. I try in my life and in my writing not to focus on a right-wing perspective or a left-wing perspective, I just try to focus on a perspective that comes from a position of common sense. To be frank, common sense is pretty rare these days.

What’s interesting for me is how self-righteousness has become a cottage industry. People from the left and the right decided that they have the moral high ground, when all they really are interested in is control because they know they can monetize control. For me I take hope in the free thinkers, the folks that make their own decisions and make their own fate.

The relationship between Hollywood and the movie going public has been strained for a long time, as an example Time magazine did a poll in 1949 that aggregated opinions about how Hollywood did business.

Here is what they said,

· The public is getting tired not only of “sordidness and crime” but also of that cinematic staple, sex. Small-town and neighborhood audiences want more wholesome stuff, i.e., nature, children and animals that the family can safely see.

· The million-dollar cast is a bust, story material is trite and runs too much to cycles, e.g., the rash of psychological thrillers.

· Musicals are “quite often … a gamble,” and new formulas must be cooked up. “For God’s sake,” said one exhibitor, “quit making backstage musicals.”

· Pictures are getting so long that they “droop and die in the middle.”

· Hollywood has been lax in failing to clean up the private lives of sinful stars. Instead, some producers have deplorably chosen to make capital of their “outrageous exploits.”

· “Exhibitors agree that they have never had a first-class western that was a box-office failure.”

Pretty familiar eh. I would make the argument that there has always been a disconnect between what Hollywood produces and how the world reacts to it. I think though as of late, this disconnect has become a chasm.

I think there is a deep longing to showcase what is good in this country, a need to move away from polarization…a need to build from a true experience.

Terence Mann, played by James Earle Jones has an amazing speech at the end of “Field Of Dreams” which for me echoes the truth of a good movie.

Mann: And they’ll walk out to the bleachers, and sit in shirt-sleeves on a perfect afternoon. They’ll find they have reserved seats somewhere along one of the baselines, where they sat when they were children and cheered their heroes. And they’ll watch the game, and it’ll be as if they’d dipped themselves in magic waters. The memories will be so thick, they’ll have to brush them away from their faces. People will come, Ray. The one constant through all the years, Ray, has been baseball. America has rolled by like an army of steamrollers. It’s been erased like a blackboard, rebuilt, and erased again. But baseball has marked the time. This field, this game — it’s a part of our past, Ray. It reminds us of all that once was good, and it could be again.

Ohhhhhhhh, people will come, Ray. People will most definitely come.

I know the same applies to movie going.

Starting on the 24th, myself and others are going to hosting some Zoom chats regarding the re-imagining of the movies. Email me at bill@usadrive-ins.com if you want to participate.

0 243
The Late Night of Joel Goodson: A Reflection on Risky Business

0 202
BASTARD SON OF A THOUSAND FATHERS