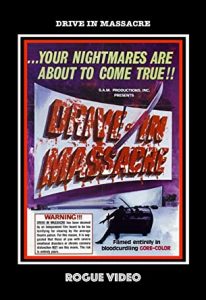 or the type of movie this is, given when it was made, and a total lack of big name stars ( or small name stars for that matter ) this film is very watchable. The players, none of whom are great at their craft, are worth the effort and make the movie. The special effects aren’t bad given ’76 standards and low budget. The plot is typical and functional. My favorite part of the whole thing? The cops. They actually come off like cops. Coupled with the premise its like Dragnet does Freddie Kruger. I liked this film. Of course I liked Dragnet and Nightmare on Elm Street too. Its certainly not great art, but thats not what this type of film is meant to be. Its meant to be cheap entertainment, and thats exactly what it is.

0 199
Peter Capaldi: The Next Doctor Who