Fred Olen Ray’s “After Midnight” had its world premiere at the B Movie Celebration this past weekend.  Fred himself was in attendance to introduce the film and he shared a little bit about each cast memeber.

The film stars Richard Grieco, Tawny Kitaen, and Jeneta St. Clair who you’ll remember from “Return of the Killer Shrews,” and The Asylum’s “Barely Legal.” 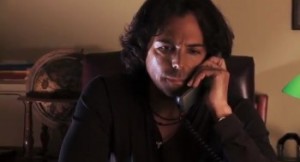 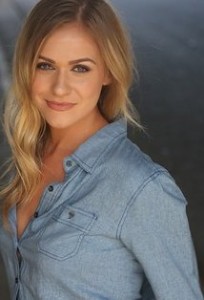 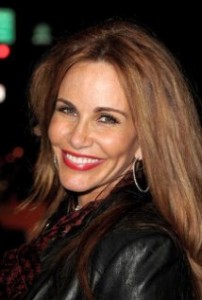 “When exotic dancer Duffy is murdered, her sister, a TV newscaster, goes undercover to find out what happened… trouble is, Duffy has come back from the dead, seeking her own revenge in this “Twin Peaks” inspired horror thriller from Fred Olen Ray.”

The film is a thriller, “who done it” mystery.  Sometimes it’s easy to figure out the murderer in these types of films, but Fred did a great job keeping us guessing throughout. That I greatly appreciated, because whether it’s a TV series or movie, the “who done it” films try too hard to make everyone look guilty.  “After Midnight” had the right amount of suspicions to keep it from being obvious.

Between thrilling scenes or moments that have the audience thinking they may have found the killer (they’ll be wrong), the next scene goes to the gentlemen’s club and an entertainer is introduced and dances.  It’s a great way to clear your mind.  Maybe that is Fred’s way to erase any thoughts/clues we have to who the killer is.  Whether or not that was his intent, after the dancing I had to start from scratch.

With a limited budget and a few locations, you truly see where Fred’s experience and expertise shines.

The direction, acting and picture quality made “After Midnight” an enjoyable movie I can watch multiple times…and not just because of the dancers, but that helps.